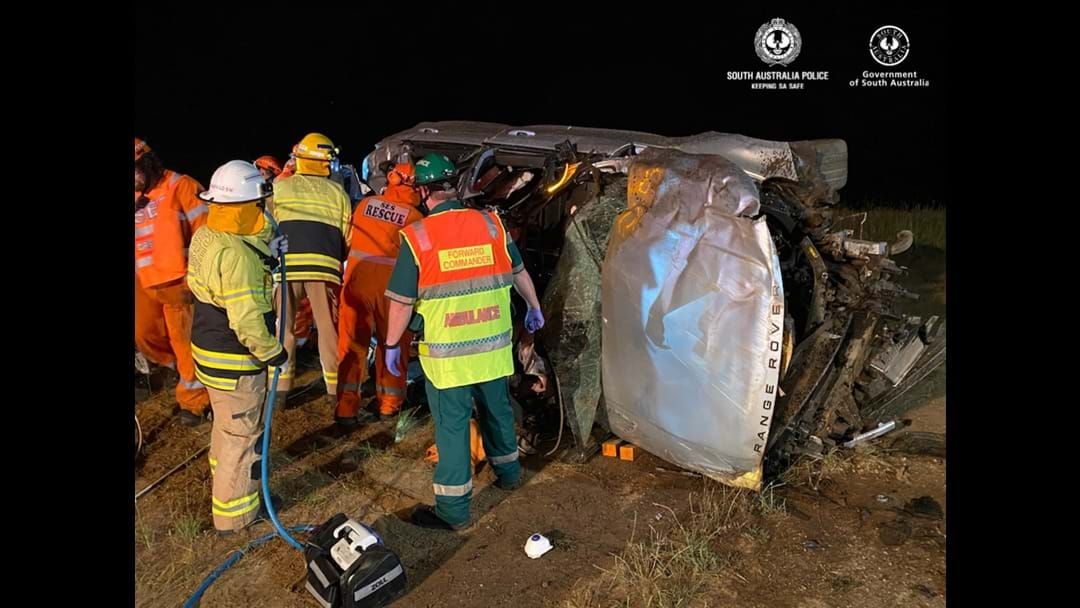 Two men have been seriously injured after a single car crash at Mount Gambier over the weekend.

Just before midnight on Saturday 21 November, a Range Rover travelling at high speed in an easterly direction on Bishop Road at Mount Gambier, failed to negotiate a bend at the junction of Kennedy Avenue.  The car subsequently drove up a two metre embankment and through a fence before becoming airborne for about 20 metres.

The vehicle nose-dived into the ground before tumbling end on end and coming to rest.  The vehicle was destroyed beyond recognition.

The driver, a 25-year-old man, and the passenger, a 22-year-old man, both from Mount Gambier, were extracted from the vehicle and taken to Mount Gambier Hospital where they were treated for serious but not life threatening injuries.

Officer in charge of Limestone Coast Local Service Area Superintendent Phil Hoff said “How no lives were lost in this crash is beyond me. Speed is an obvious factor and it appears that the occupants were not wearing seat belts.

“We are in National Road Safety Week and we’re confronted with one of the worst collisions in the Limestone Coast this year.  It is beyond belief” he said.