At a home in Para Hills West 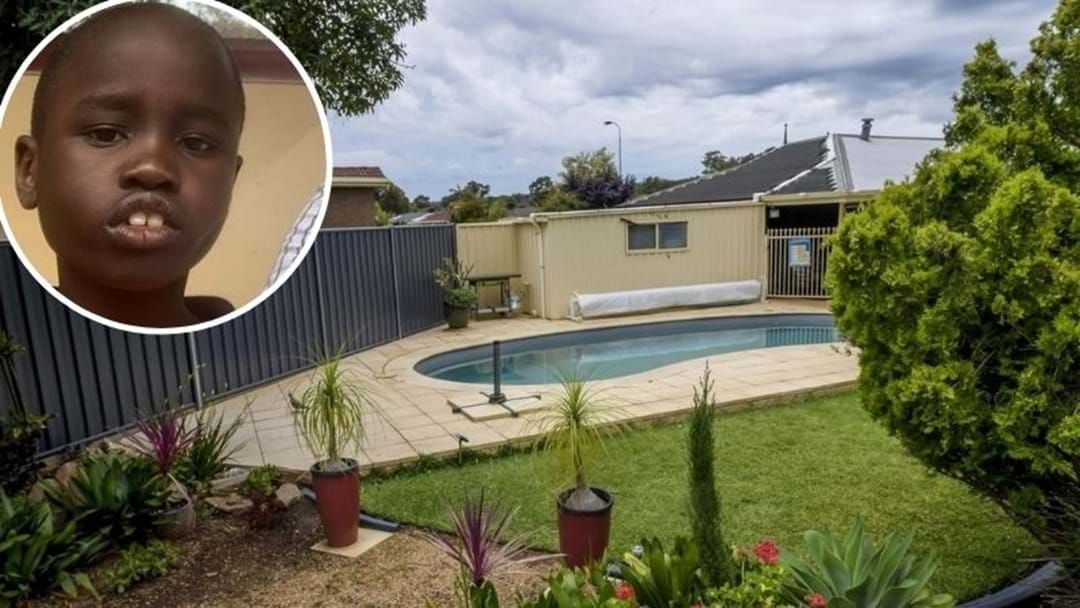 A family is grieving today after a seven-year-old boy drowned in a backyard swimming pool at a home in North Adelaide.

Police were called to an incident at a North Adelaide home on Goodfield Road at around 6:30PM last night.

When emergency services arrived at the scene, they found seven-year-old Ajok Garang unconscious.

Ajoks parents had been taking turns performing CPR on their son prior to emergency services arriving on scene.

The boy died at the scene.

Following further investigation, police have announced that there are no suspicious circumstances surrounding the incident.

It is believed that Ajok was playing with his sibling in his parent’s backyard before jumping the fence and entering the neighbour’s pool near 6PM last night.

Ajok’s mother, Amuor Alier was inside her home with her infant when she heard shouting from the neighbour’s yard, where she found that Ajok had scaled the 2 metre fence and had fallen into the pool on the other side.

Alier heard the neighbour say that her son was in the pool before she attempted to gain access to the neighbour’s property.

By the time she was able to gain access, 20 minutes had passed and her son was unconscious.

An official report is being prepared by the coroner.