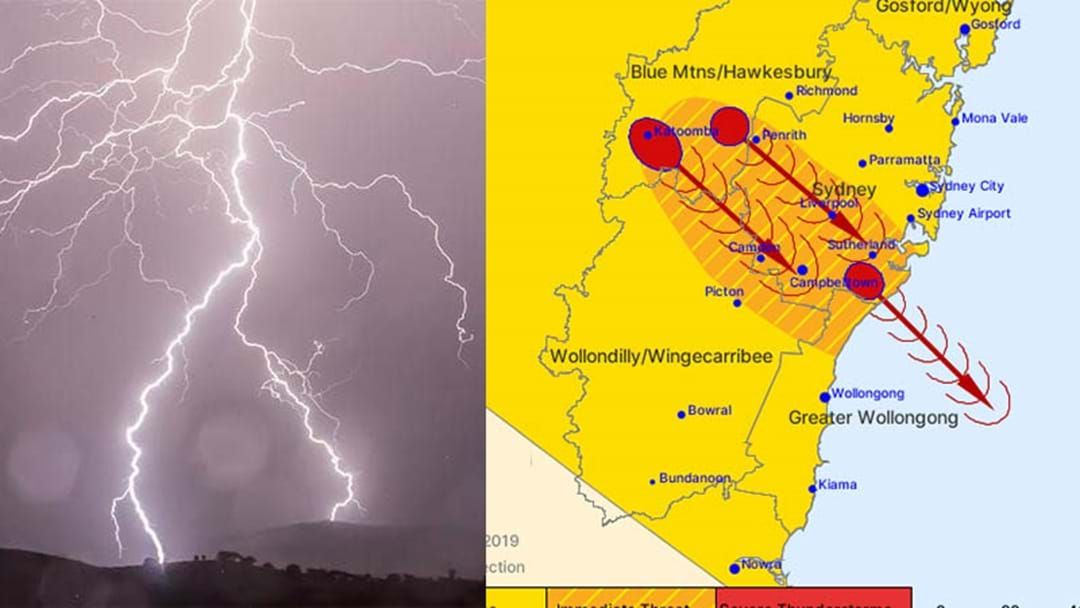 A severe thunderstorm warning has been issued for Sydney.

According to the Bureau of Meteorology severe thunderstorms were detected on the weather radar near Katoomba, Engadine, Springwood and waters off Jervis Bay (south of Nowra).

The storm is set to move southeast heading for Horsley Park, Penrith and Warragamba by 12:45 pm and Sutherland, Camden, Campbelltown and Liverpool by 1:15 pm with damaging winds and large hailstones are likely for the affected areas.

According to the State Emergency Service, people in at risk areas should: