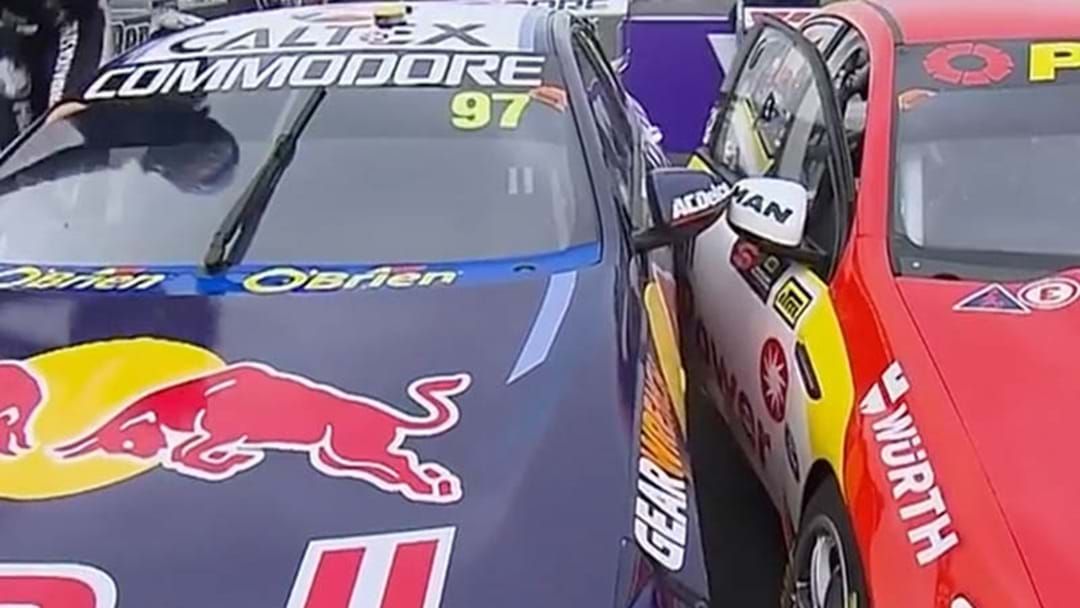 It was the awkward moment that somewhat overshadowed an incredible first race in Pukekohe, New Zealand.

After Shane van Gisbergen edged out Scott McLaughlin, in the first race of the weekend, SVG parked his Red Bull Holden extremely close to the Shell Ford, that McLaughlin was unable to exit his vehicle.

McLaughlin's had to be rolled backwards so he could eventually exit the car and take his place on the podium.

"I reckon he parked him in on purpose. It’s about the intimidation and the gamesmanship," Skaife said during the broadcast.

"If I’m Scott, I get out of the car, walk around the other side and give him a rev.

"You can see he’s got the shits, straight away.

"I’d be starting it back up, backing it back and driving it straight into him in parc ferme, and pay the fine."

McLaughlin took to his Instagram following the incident with some light-hearted banter.