Shane van Gisbergen Lights It Up While Scotty McLaughlin "Sucked" 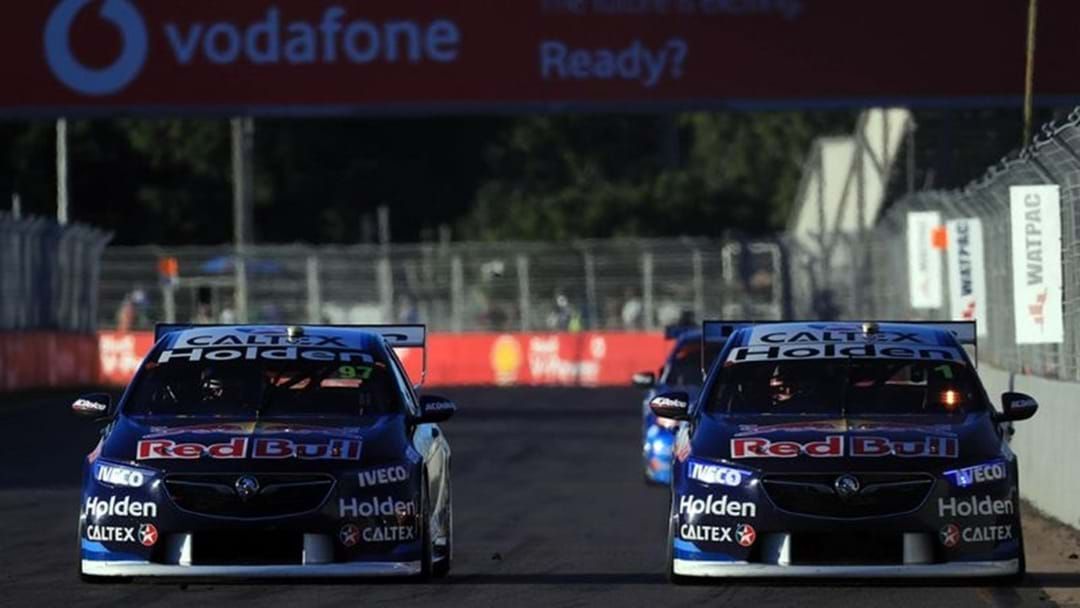 There's no dressing this one up.

Townsville was a cock-up for the Shell V-Power Racing boys.

Accustomed to dominating the proceedings, week in week out, the closest Scott McLaughlin could get to the front was 3rd yesterday.

This was a weekend that belonged to the Red Bull Holden Racing Team who doubled the double with a dual 1-2 finish in both races of the Watpac Townsville 400.

Jamie Whincup was unbeatable over the first 200 kilometres before Shane Van Gisbergen swapped it round and took the honours in the second and final leg of the fight.

The Red Bull domination cuts Scott McLaughlin's championship lead at the top of the standings to 131 points going to Ipswich.

The Ford ace himself admitted his driving on the Sunday "sucked" despite recovering from 11th to finish on the final step of the podium.

"It wasn’t the best start at my end, really my driving just sucked," said the Kiwi.

“The team really pulled me through, gave me a great strategy, great tyre life and I was able to just punch in clear air."

“When I’m having a bad day, they’re behind me, which is all I can ask.”

Team-mate Fabian Coulthard was also off the pace, but drove his way back from 18th to finish 8th and leapfrog Scott Pye for 6th in the championship pecking order.

van Gisbergen's victory comes after a cat-and-mouse game with team-mate Whincup for much of the race with the latter leading the middle stage of the race before the #97 driver brought it home.

“Our cars have been awesome all weekend and it’s a good personal day for the #97 crew,” van Gisbergen said.

“They turned our car around, qualifying and race, and we came out on top. As a team, a double-one two is awesome.”

It's SVG's third win of the championship since he did the double at the season opening Adelaide 500.

Whether Townsville is a "fluke track" for the Red Bull boys remains to be seen but the Ford boys will be keen to turn it around at the Coates Hire Ipswich SuperSprint in under a fortnight.

If you had any doubts about 'The Giz'' burnout talents, you can banish them right here by checking out the video below.