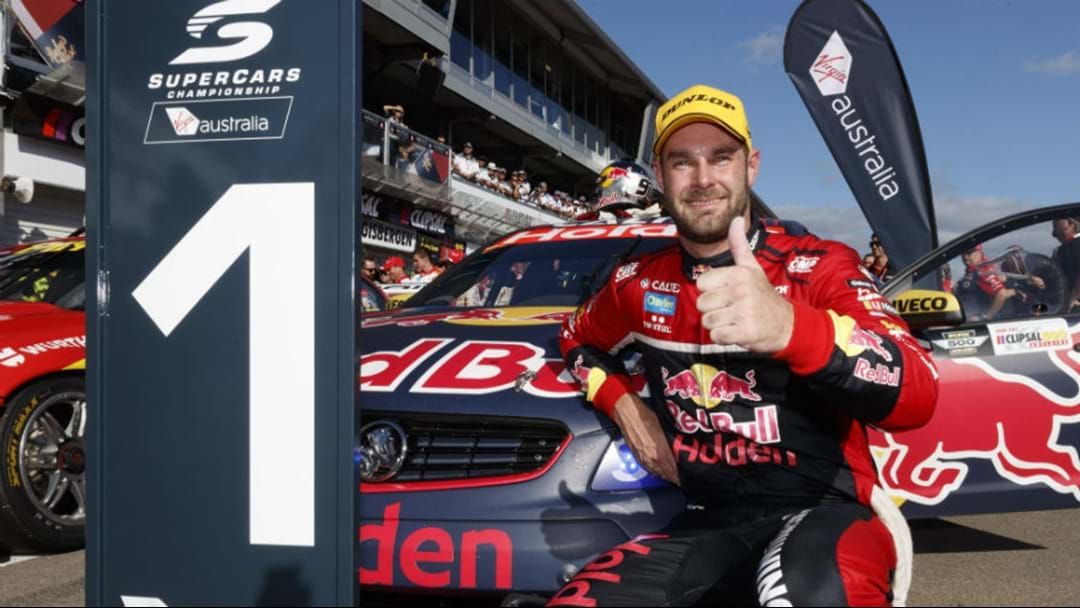 Shane Van Gisbergen has been stripped of his race win at Saturday's Newcastle 500.

SVG has been hit with a 25-second time penalty following an investigation into an alleged refuelling breach at his third pitstop.

As per the Supercars official statement;

"The fuel hose remained connected when the car was being dropped to the ground, which contravenes regulations."

As a result of the penalty, the Kiwi dropped first to fifth handing Scott McLaughlin the win.

McLaughlin now needs only to finish sixth to claim his maiden Supercars title should SVG win the second race.