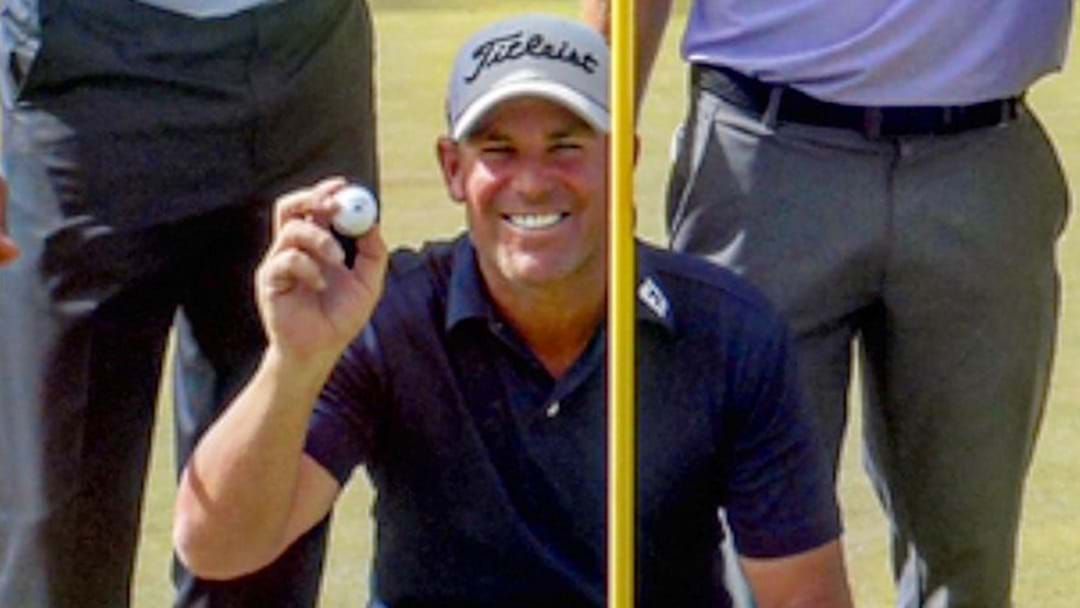 There were plenty of things on the agenda as Shane Warne joined Jane Kennedy and Mick Molloy on Thursday, but first Mick had a bone to pick with him.

"Something I've never talked to you about - you had a hole in one at Augusta," he asked on Kennedy Molloy.

"I'd like to say I'm happy for you, but I'm not. Mate, you've had enough fun in the sporting arena!"

Warnie laughed as he explained that not only was it his first hole-in-one in golf, it was the first to a back right pin on the 16th hole at Augusta.

"You'll love this, Mick," he laughed.

"They tell me...it is the first ever hole-in-one in the history of August to a back-right pin position (on the 16th)."

WHEN WARNIE HIT A HOLE-IN-ONE AT AUGUSTA: