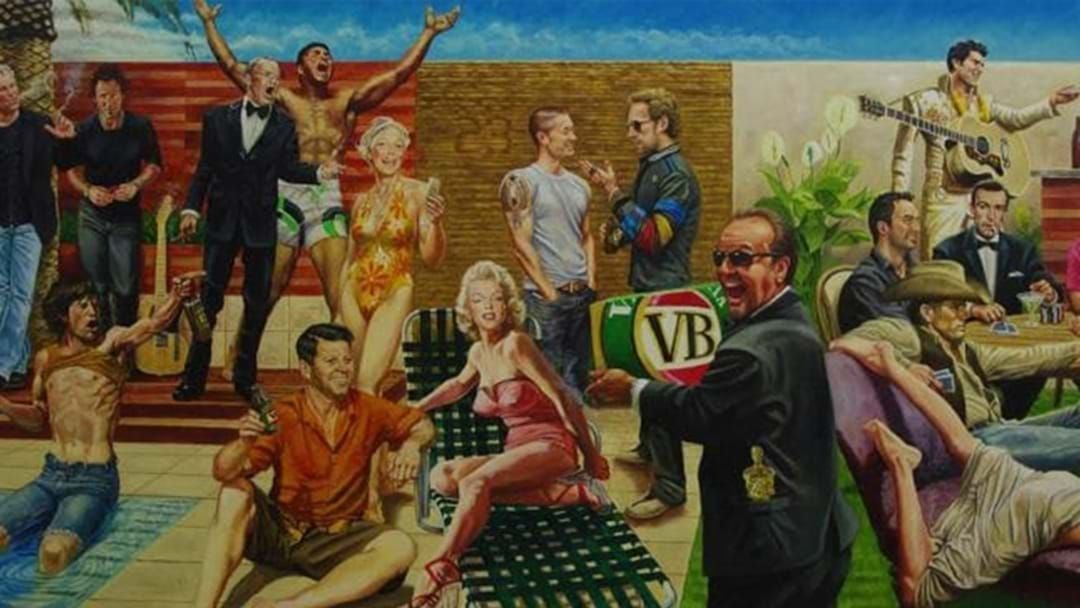 Shane Warne’s famous mural of people he’d like to party with went viral five years ago, and today he said he wants to commission a new one.

On a surprise appearance on the Saturday Rub, he said he wants to make a new, cricket themed version.

“I’m doing another painting about my favourite cricketers that I played with and against,” Warney said.

“Whether it be Viv Richards, or Ian Botham, Dennis Lillee, some of my favourite cricketers I love watching, and some of the ones that I played with.

“So I’ve got that painting coming as well.”