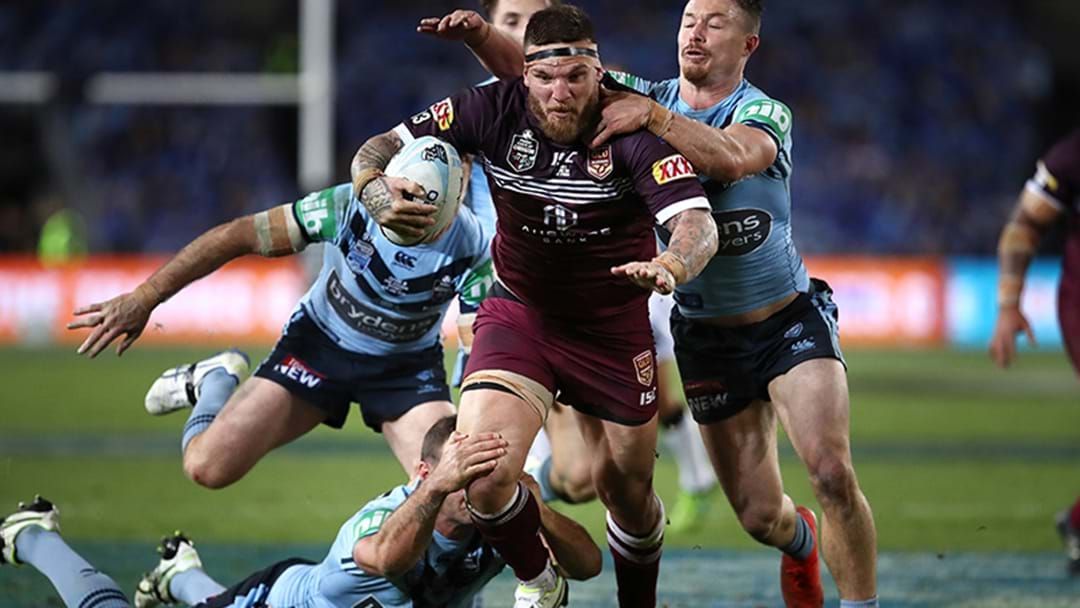 Josh McGuire has spoken for the first time about his reaction to getting dumped from Wayne Bennett’s Queensland Origin squad last night on The Rush Hour.

McGuire, a veteran of 14 games for his state, told Dobbo that that he was ‘shattered’ to find out from his wife who had read the news on social media.

The thirty-year old had been a regular under Kevin Walters, representing his state between 2015-2019.