His career is over. 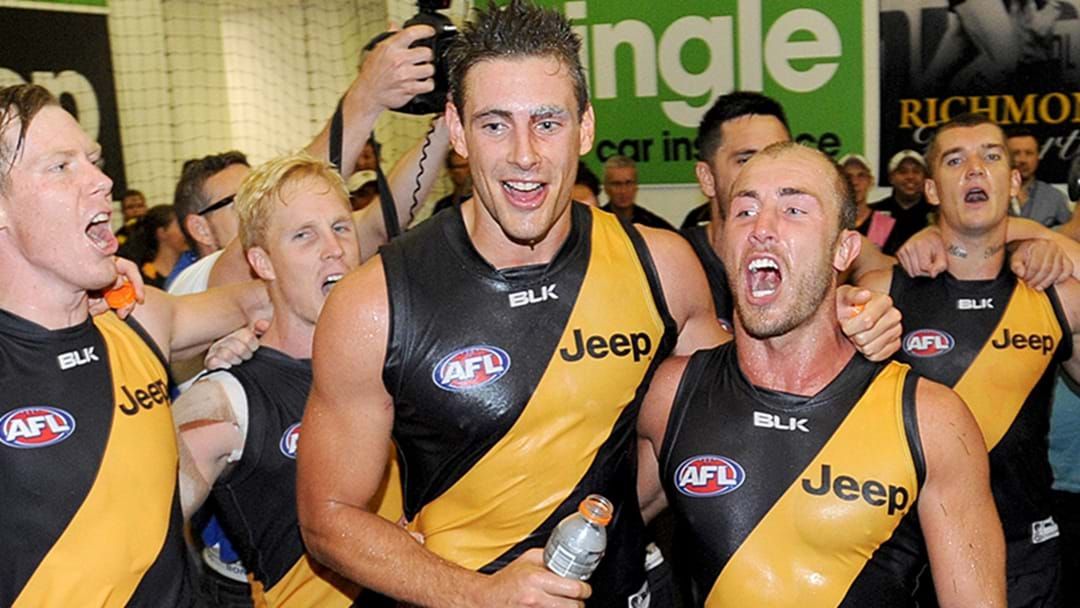 The 30-year-old has battled a back problem for the past two seasons, and announced his decision to quit football to the playing group earlier on Tuesday.

He will end his career with 98 AFL games, 35 for Richmond and 63 for Carlton.

“Shaun worked bravely and tirelessly to give himself the best chance to overcome this painful injury,” Richmond's general manager of football Neil Balme said.

“There is ultimately a point where Shaun must think of his long-term health, rather than just the immediate challenge of playing football. It was clear to Shaun and our medical staff that he had reached that point.

“Shaun certainly loves his family and it was a very difficult decision for him to make.

“He is a very popular member of our squad and we thank him for his dedication to our football club.

“We wish Shaun, Megan and their children River and Rosie all the best for the future.”

On this week's Triple M Footy Uncut, BT's bored in Tassie, Damo's scared in South Melbourne, and Richard Champion has had enough of watching Brisbane!