'That's Shaun Marsh for you.' 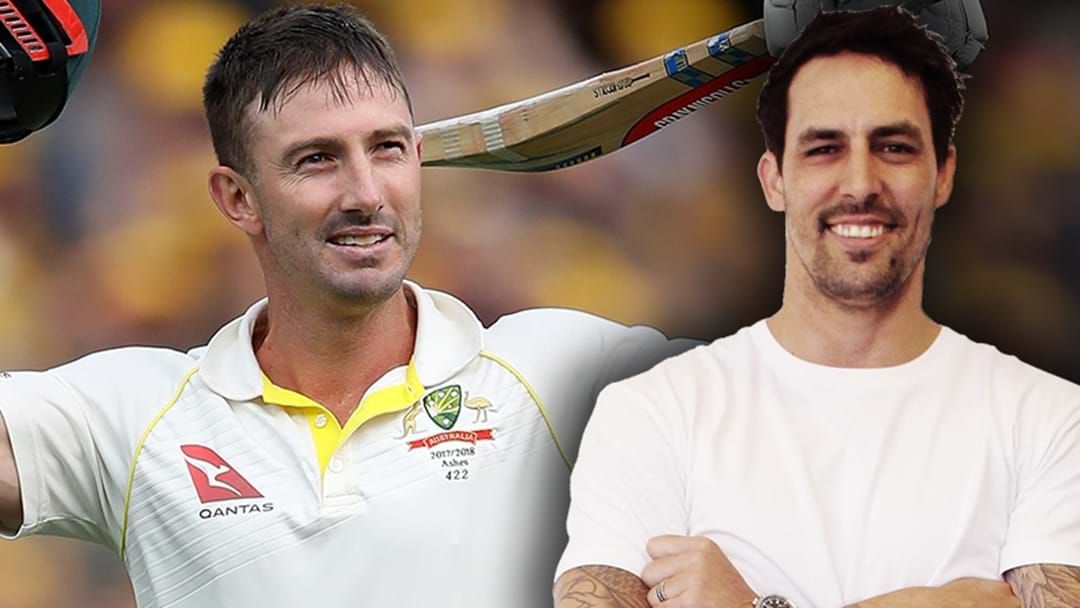 Backing up from the first Test - where Marsh scored a half-century - the Australian cricketers went to a Specsavers function where the team had their eyes tested.

The results for Marsh weren't that great.

"I only found out not too long ago myself," Johnson said before play on day three.

"He's one of the greats, he makes he laugh, and this definitely makes me laugh as well. They had a Specsavers sponsors thing to do and they decided to check everyone's eyes.

"They said his eyes were quite bad. He couldn't really see the ball, I think he was just guessing."

Johnson said Marsh was given contact lenses, which he then wore for the second Test.

"They decided to give him contact lenses," he told Triple M.

"He's never worn contact lenses in his life, and he decided to wear them the day he got his hundred."

It draws similarities with New Zealand's Ross Taylor, who was prescribed eye drops for a pterygium on his left eye before scoring 290 against Australia at the WACA in 2015.

"I just find that absolutely phenomenal, because I wore contact lenses when I played in the back half of my career and the depth perception changes. I don't know how he's done it. It would be unbelievably hard to do it," Johnson said.

"I just don't get it. But that's Shaun Marsh for you. He just goes out there, he doesn't really care, he just plays his game. Contacts or no contacts."