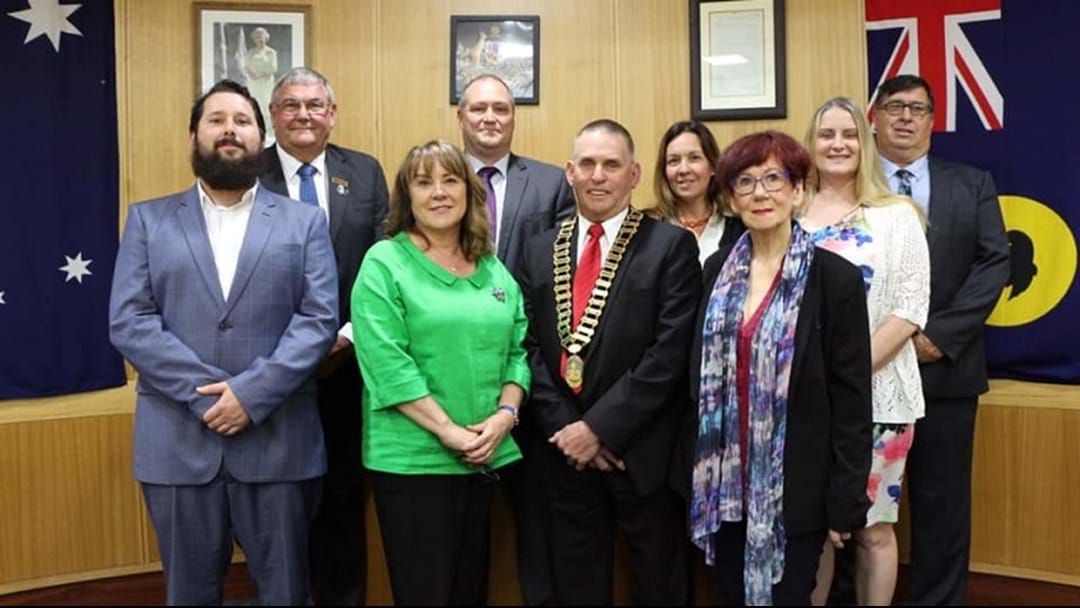 Saturday night saw a major reconfiguration of the Shire Council with over half the chamber positions changing hands to new Councillors.

Former Shire Deputy President Natalie Bowman and Councillor Padgurskis were unfortunate casualties of the local government elections, with Mr. Padgurskis missing out on reclaiming his position in the town ward by a mere 26 votes behind Joanne O'Donnell. Newly-elected Councillors Ron chambers and Jennifer Obourne were convincing winners into that same town ward.

In the rural ward Ian Mickel, the former Shire President of 15 years around the 2000s, dominated the vote ahead of Wes Graham who won the vote comfortable over Mrs. Bowman.

Ian Mickel was sworn in as the Shire President to replace Victoria Brown after he ran unopposed. His deputy will be Basil Parker, who was voted in over Cr. Shelley Payne.

With five new Councillors joining the four existing members there are some town projects that are in the balance as we speak, with the possibility they could be scrapped in the coming months.

The Merivale tip project could be the first venture on the chopping block. The decision to pursue the site 15 kms east of town on the way to Lucky Bay only just made it through the Shire Council, winning by the narrowest of margins. Incoming Councillors Mickel and Graham have both been vocal against the project, and may throw it out and begin searching for a new location. As it stands the Environmental Protection Agency(EPA) are working through an environmental review to ascertain if the site is a risk.

The Tanker Jetty replacement project will hold out... but only just. Four of the elected Shire Councillors have had some involvement with the Friends of the Tanker Jetty group who have advocated rebuilding the structure to the original 1935 wooden design. While a motion to rescind the project will be brought to the chamber it is unlikely the vote will be carried, unless Cr. Mickel decides to withdraw from the current plan, thereby jeopardising the $4 million Federal Government funding grant and the Heritage Ministers S-64 permit, which allows for a Heritage Listed item to be reconstructed and/or replaced. These two aspects are not guaranteed if the design is changed.

Rates will be adjusted. The enduring theme of the local government elections were the increasing prices the ratepayers of Esperance and surrounds have to endure. A change providing release to the Esperance home or business owner is imminent and will most likely be rolled out next financial year.

There were some quiet rumbles that the Shire CEO may be thrown out of his position with several elected Councillors vocally critical of his manner and performance. This seems unlikely though, not until the new Chamber members get the opportunity to work with Mr. Scott and gather a better insight into the machinations of local government.

Either way gear up for a busy couple of months as the fate of these big and often controversial projects are settled by the new-look Shire Council.