"Shots Have Been Fired!" Eddie Responds To Kennedy Molloy Calling Him A Bogan

"Shots Have Been Fired!" Eddie Responds To Kennedy Molloy Calling Him A Bogan 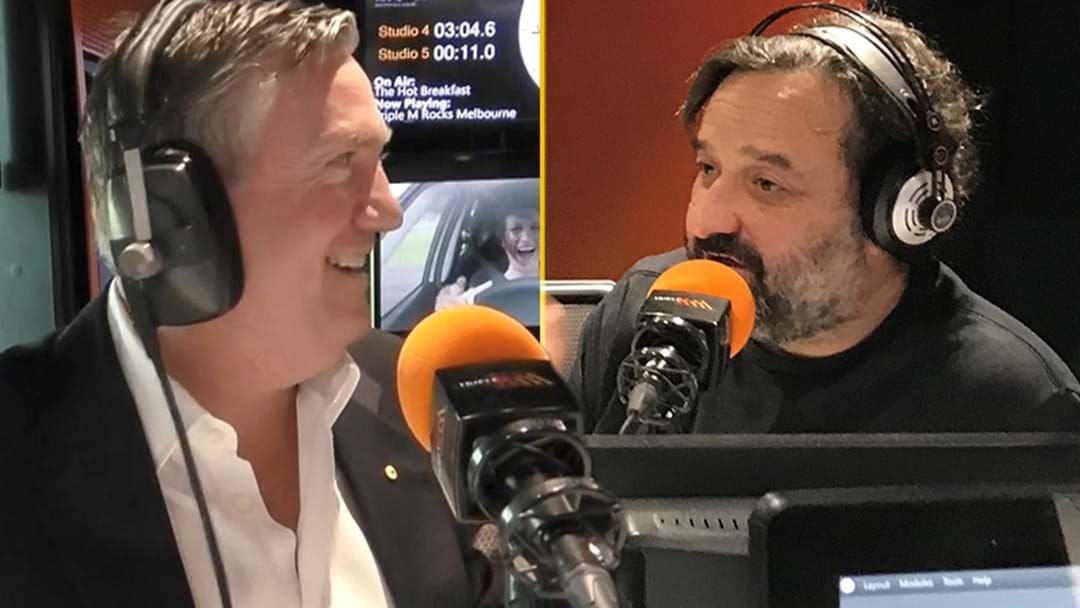 Eddie McGuire has embraced a few barbs his way from Kennedy Molloy - that he's a bogan!

Wil Anderson arrived on the show with the news that the "good ship Kennedy Molloy" had started a little feud with Eddie!

"Shots have been fired!" he said.

"I thought you and Mick Molloy left on good terms. That was my understanding!"

Wil played the audio from Kennedy Molloy the day before of an allegation towards Eddie...that he's a bogan.

"It did not ring true to me!" he laughed.

So Eddie had his chance to respond!

WHAT EDDIE HAD TO SAY:

Catch Up with all of your favourite Triple M shows on the Triple M app! Download it on iTunes or Google Play.