"Should Be Really Proud": Luke Darcy Reflects On Leon Cameron's Decision To Resign

"Should Be Really Proud": Luke Darcy Reflects On Leon Cameron's Decision To Resign

"He'll be loved and revered." 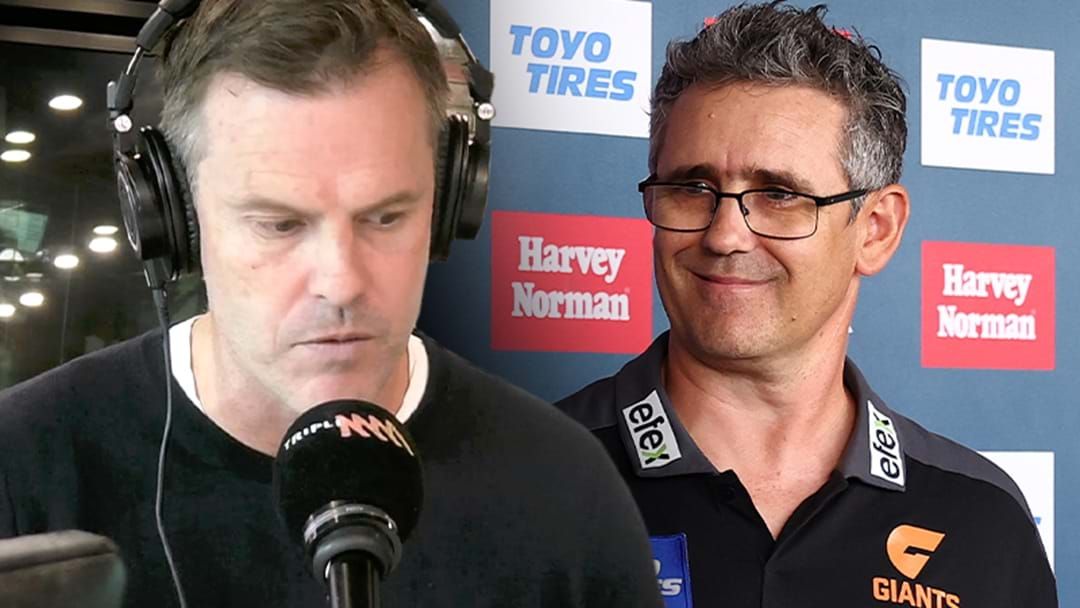 Luke Darcy says Leon Cameron should be "proud" of his time at GWS, after announcing his decision to step away from the head coaching position.

Cameron stepped away from the role after nine years, including seven finals wins and a grand final appearance, and Darc - who is a close mate throughout their playing career together - says he's glad Cameron is taking a break.

"He should be really proud," he started.

"10 years up there, I think what he's achieved at a start-up club to give them that stability and sustained success...I think it goes underappreciated at the end, JB.

"He's built a proper footy club up there."