AFL NewsShould Gold Coast Re-Sign Stuart Dew Or Wait Until The End Of The Season?

Should Gold Coast Re-Sign Stuart Dew Or Wait Until The End Of The Season? 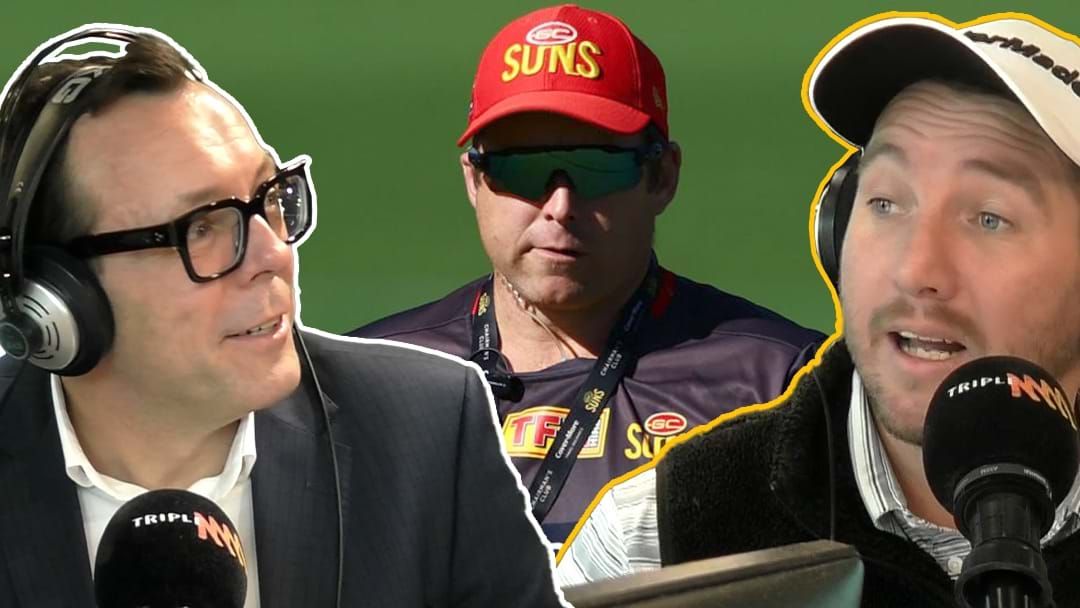 Gold Coast are having one of their best ever seasons, and Damian Barrett and Dale Thomas were at loggerheads on how late for the Suns to leave re-signing coach Stuart Dew on the Midweek Rub today.

"I don’t feel the need for that club to reappoint as coach until we see the season play out, as good as it's been," Damo said, after acknowledging how good the Suns’ form has been in 2022.

"Let’s just see what happens in the next nine weeks. I think he’s gonna be there, I hope he’s there… [but] I don’t see a benefit in doing it now."

"I know it is only a short history… I just think this year it’s something completely different and you’ve gotta give credit where credit’s due."

Joey, Duck, Daisy and Damo also discussed whether Melbourne are back in the pack, Jeremy Cameron or Toby Greene, who Damo should get in the boxing ring with and more.