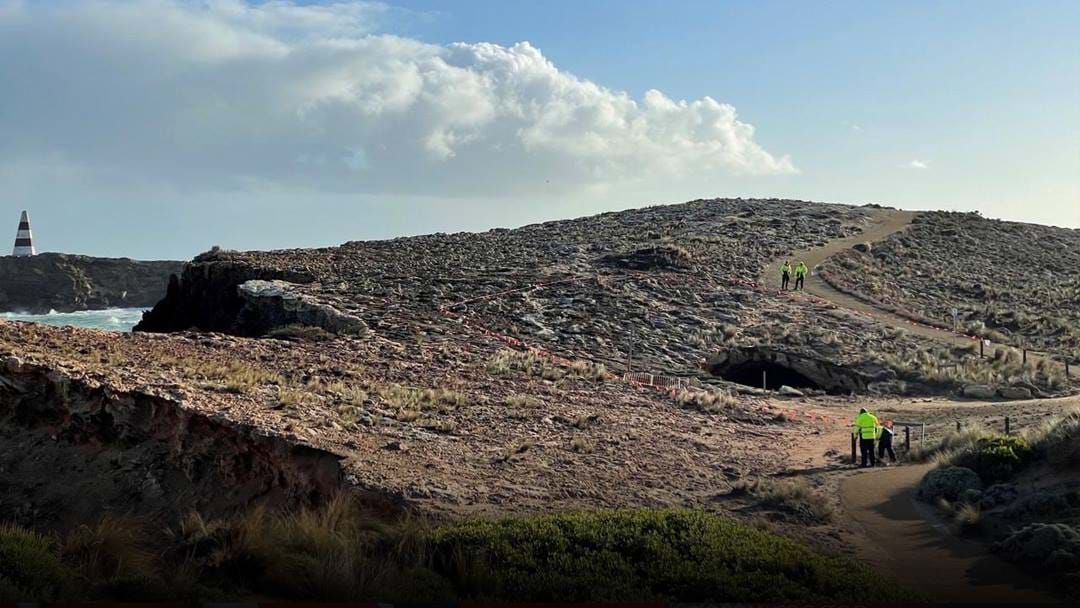 Reports of a sinkhole the size of half a tennis court has opened up near the iconic Robe Obelisk along the Limestone Coast.

A gaping area was discovered by morning walkers at the popular coastal clifftop trail in the State's South East.

While sections of the Limestone cliffs breaking off is part of the natural erosion cycle, the District Council chief executive James Holyman says the location is unusual, estimating hole was "the size of quarter-to-half a tennis court".

"The blow hole hasn't blown for a number of years but the energy of the waves have eroded further in under and that's where we've had this collapse," he said.

"Having the ocean and limestone cliffs, we will have erosion and undercuts over time and they collapse every so often.

"This is an area that has been quite undercut and for it to fall a little bit inland, rather than directly on the coastline is a little unusual."

Holyman stated the use of upright fencing will ensure the public can distance themselves, as the council observes details along the coastline.

"In the background you can see we've got our coastal trail, we believe that's safe at the moment but we'll do some more work."

The council will undertake tests with Flinders University and coastal engineers to figure out the size and depth of the abnormal sinkhole, and how to further protect the coastline's features.