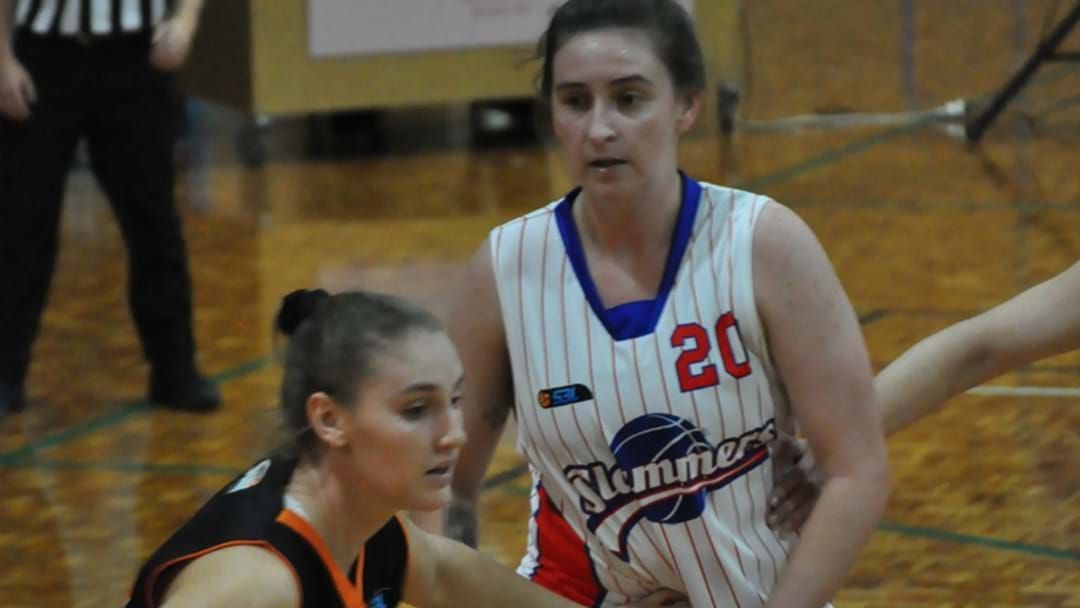 Women’s Round in the State Basketball League has special significance for the Printsync South West Slammers with their captain Courtney Bayliss making it to her 200th game in the competition.

Bayliss played her early career at the Lakeside Lightning, then went to the University of Mobile in Alabama and Our Lady of the Lake University in San Antonio, Texas.

Now, back in the south west region, she's played for the Slammers since her return in 2016.

There was a chance Bayliss wasn’t going to come back, but a lot of things fell into place.

“I guess when Nathan (Grover) signed on as coach, and Kate (Fielding) signed back and then you have Bianca (Donovan) I thought ‘Ok, I might as well give it one more crack.’”

The good news for the 25-year-old is she’s enjoying her season so far.

“I am obviously glad that I’ve gone another round and reached this milestone. We’ve had a good season so far and a promising second half of the season.”

While the record of 4 wins and 5 losses doesn’t seem overly impressive, it’s one of the best starts to the Slammers season since their 2012 WSBL Championship.

Their losses so far this season have all been close, with the biggest loss just 12 points to last year’s champions, Lakeside Lightning.

Her weapon is from outside the arc shooting for three, something that has been built on her confidence coming from the US college system.

“In my early years at Lakeside I was just a role player. Going away to college really solidified my role as a primary scorer and my main focus being the 3-point shot.

“When I first came back to the Slammers, having that role of having to score and being the go-to option to score, really gave me more confidence in myself. And when it’s on, it’s good.”

The South West Slammers face the Warwick Senators at 6pm tonight, followed by the men’s game at 8pm at the Eaton Recreation Centre.