He was actually the better man 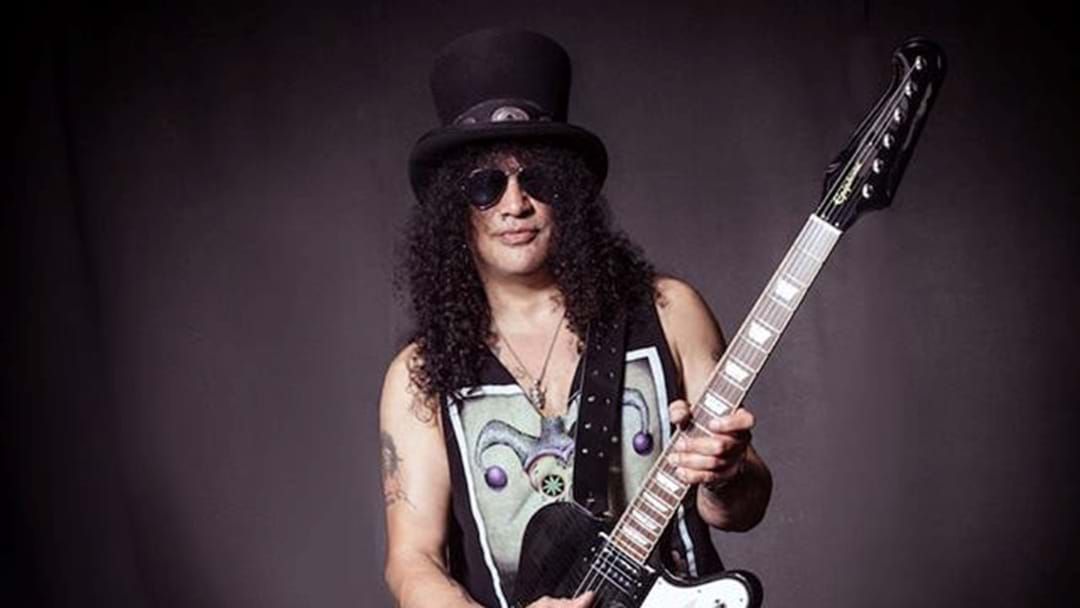 Talking to Brendan from Triple M Brisbane’s The Big Breakfast off the back of the release of his latest record Living The Dream, Slash opened up about reuniting with Guns N’ Roses.

The world famous 20 year riff between Slash and frontman Axl Rose had the music world thinking a Guns N’ Roses reunion was impossible.

Discussing the reunion, Slash said:
“He was actually the better man of the two of us. He gave me a call when I was on the road with Myles and the guys and it was the first conversation we’d had in 20 years”.

The ice breaking conversation lead to the point the band reuniting for a one off Coachella Festival appearance, followed by a massive world tour, which Slash said:
“(Guns N’ Roses) is one of the most fantastic experiences of my professional career, I would have been the last one to see that coming”.

Do you want to see Slash LIVE in LA?
Kennedy Molloy are giving you the chance to WIN the gig of a lifetime.
More info available here

Living The Dream is out now.
Order online www.slashonline.com