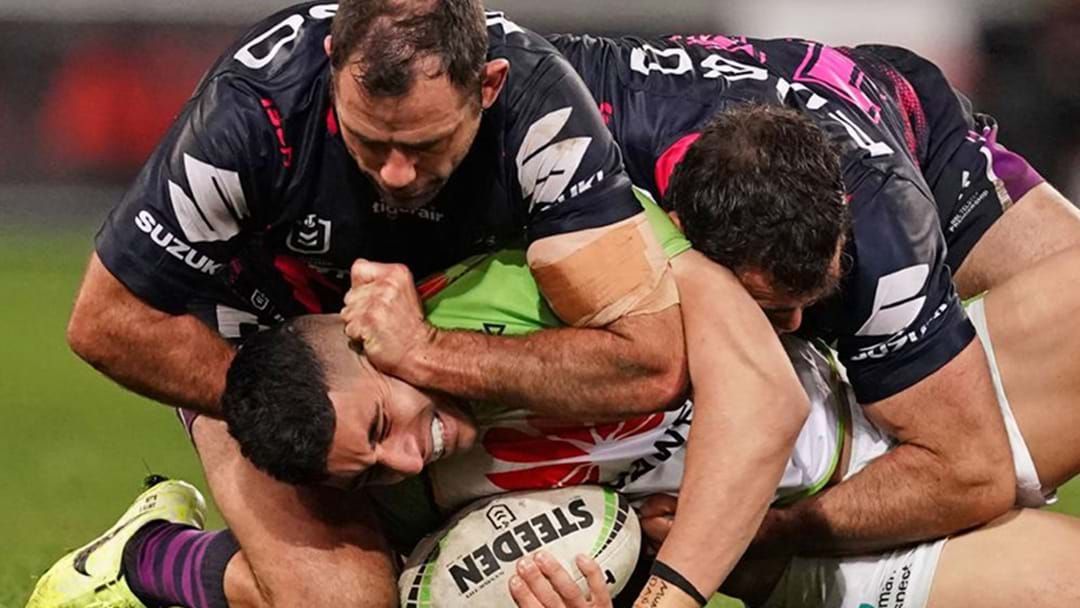 According to Kenty, on Thursday Storm captain Cameron Smith revealed the NRL had no issue the Storm's tactics.

The Fox League and Triple M Journalist decided to grill Annesley after he hit back at suggestions the NRL had no issue with the Storm.

"Hoops asked you directly whether they had been cleared and you said no they haven't but Cameron Smith said on Thursday yes they have," Kenty questioned Annesley.

"I said that's not how I would frame it, the only conversation I've had with the Storm was to tell them they would be treated the same as every other club and if they don't break the rules they've got nothing to worry about," Anessley responded.

"So Cameron Smith wasn't telling the truth?" Kent hit back.

"I don't know what Cameron had said and I haven't spoken to Cameron," Annesley added.