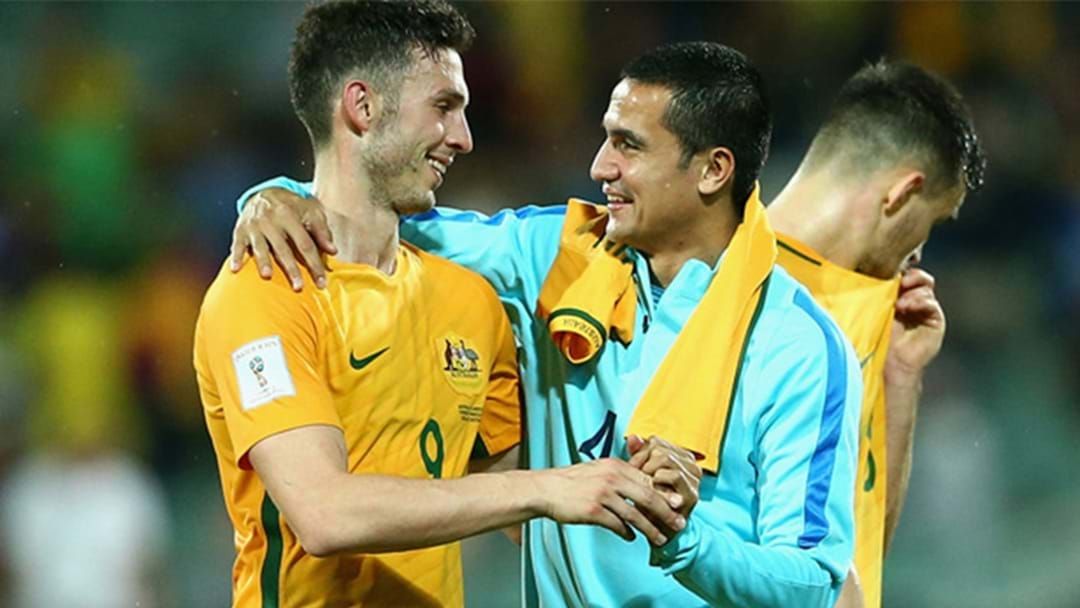 Tonight, the Socceroos begin their quest to retain the Asian Cup during the month-long tournament in the UAE.

The majority of the squad has settled into camp in the Middle East for the better part of two-weeks.

However, striker Apostolos Giannou was a late inclusion to the squad replacing the injured Martin Boyle.

Yet Giannou’s first-ever major tournament with the national team got off to a horrible start.

The 28-year-old’s taxi driver, unfortunately, drove him two hours in the wrong direction once he reached the UAE.

The striker was supposed to be heading to Al Ain, where the Socceroos play their opening game, but instead was driven to Abu Dhabi from Dubai.

Despite the detour, Giannou joined his teammates in camp, in-time for tonight’s opening game.

The Socceroos are in Group B with Syria, Palestine and Jordan whom they face tonight, kick-off 10pm AEDT.

Catch every-game of the Asian Cup live and exclusive on Fox Sports (Channel 505).