The modern face of hypocrisy 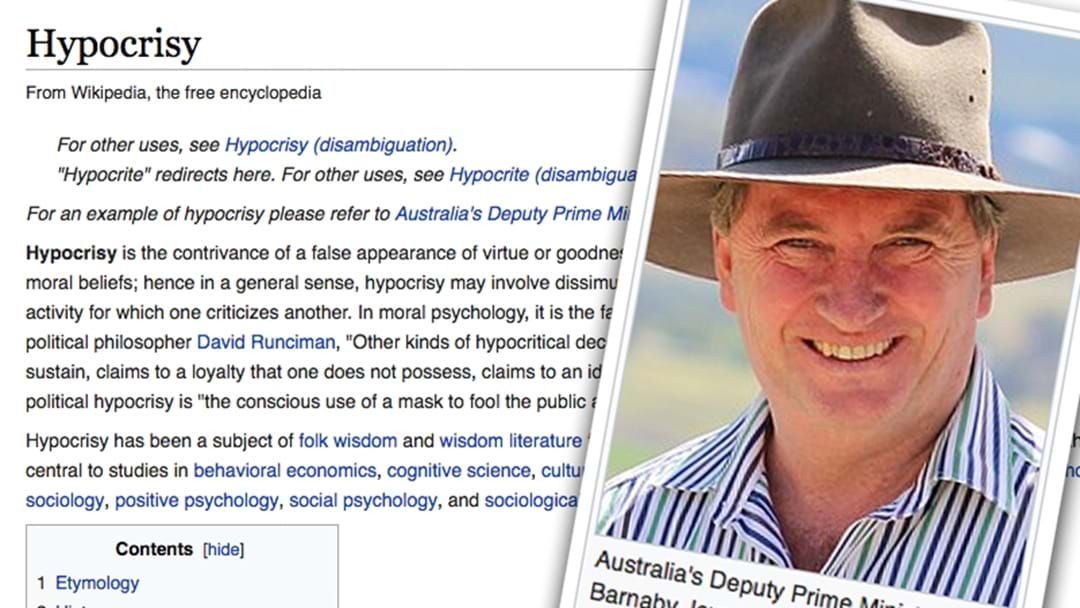 For around half an hour this afternoon, someone had updated the Wikipedia entry for “Hypocrisy” to include the photograph of Deputy Prime Minister Barnaby Joyce.

This week The Daily Telegraph revealed Joyce has been having an affair with a much younger staffer. It was also revealed he had left his wife for 33-year-old Vikki Campion, who is currently pregnant with their child.

If you're interested, this is how Wikipedia defines the term:

Hypocrisy is the contrivance of a false appearance of virtue or goodness, while concealing real character or inclinations, especially with respect to religious and moral beliefs; hence in a general sense, hypocrisy may involve dissimulation, pretense, or a sham. Hypocrisy is the practice of engaging in the same behavior or activity for which one criticizes another. In moral psychology, it is the failure to follow one's own expressed moral rules and principles

Joyce has been criticised for his position as a staunch defender of “traditional marriage” during the same-sex marriage debate, going so far as to argue that same-sex marriage would prevent his daughters from having a secure marriage, whilst conducting an extramarital affair.

It appears the image has been removed from the website.