AFL News"Something Has To Give": Damian Barrett Opens Up On Collingwood's "Desperate" Salary Cap Situation

"Something Has To Give": Damian Barrett Opens Up On Collingwood's "Desperate" Salary Cap Situation 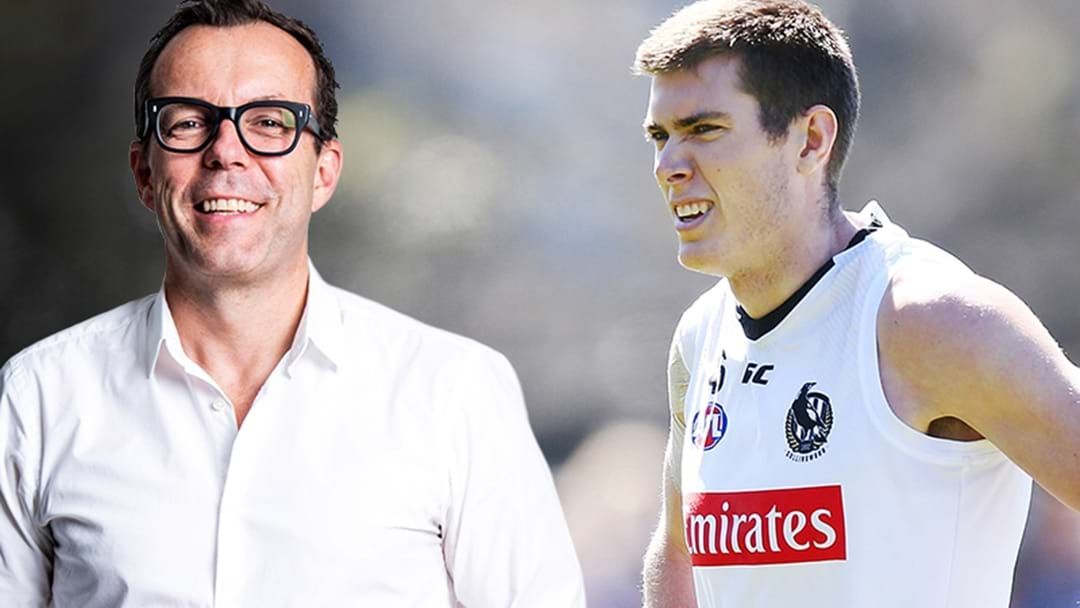 Triple M's Damian Barrett says the thought of Collingwood trading Mason Cox suggests the club is in a "desperate state" with its salary cap.

Cox's name has been linked to Essendon, with Jars and Louie on Triple M's Rush Hour in disbelief that the forward was earning $500,000 a season, according to Barrett.

Damo told the guys there was "a conversation" about trading Cox to Essendon, but said he would be surprised to see it happen.

What it did say for him, however, was more revealing for the Pies.

"What it tells me is Collingwood's in a desperate state for next year," he told Triple M.