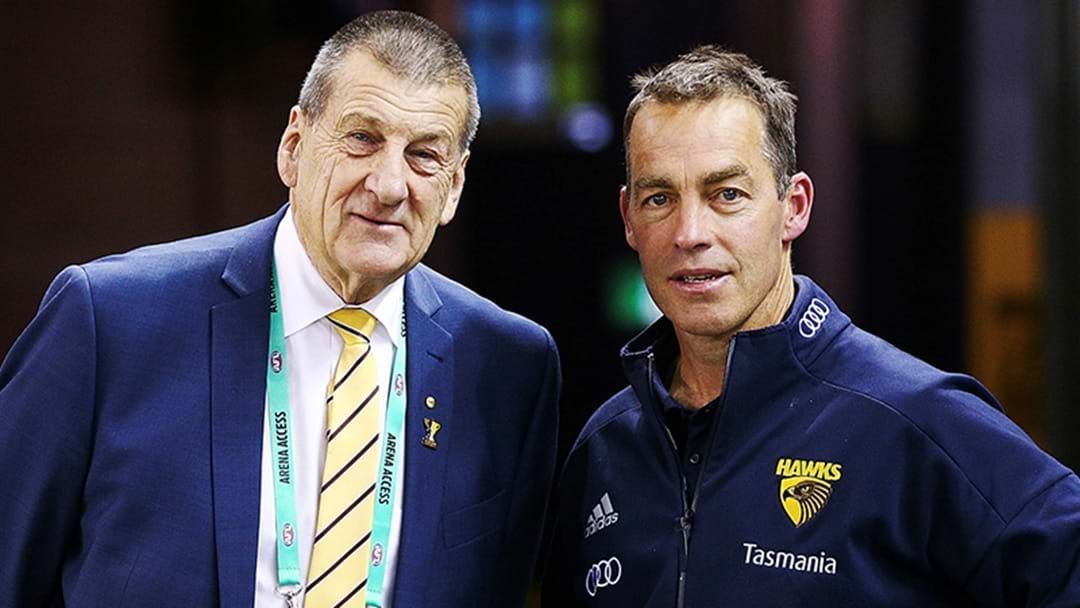 Triple M's Damian Barrett says "something's going to give" at Hawthorn between coach Alastair Clarkson and president Jeff Kennett if their season continues as is.

The Hawks have slumped to 15th and are 3-5 after their seven-point loss to Sydney on Saturday, and - as Barrett broke down - it means things behind the scenes could "blow up".

"This is a tinderbox, this situation," he explained on Triple M's Rush Hour.

"You know them well enough to know that they're not going to tolerate this."

"SOMETHING'S GOING TO GIVE": DAMIAN BARRETT: