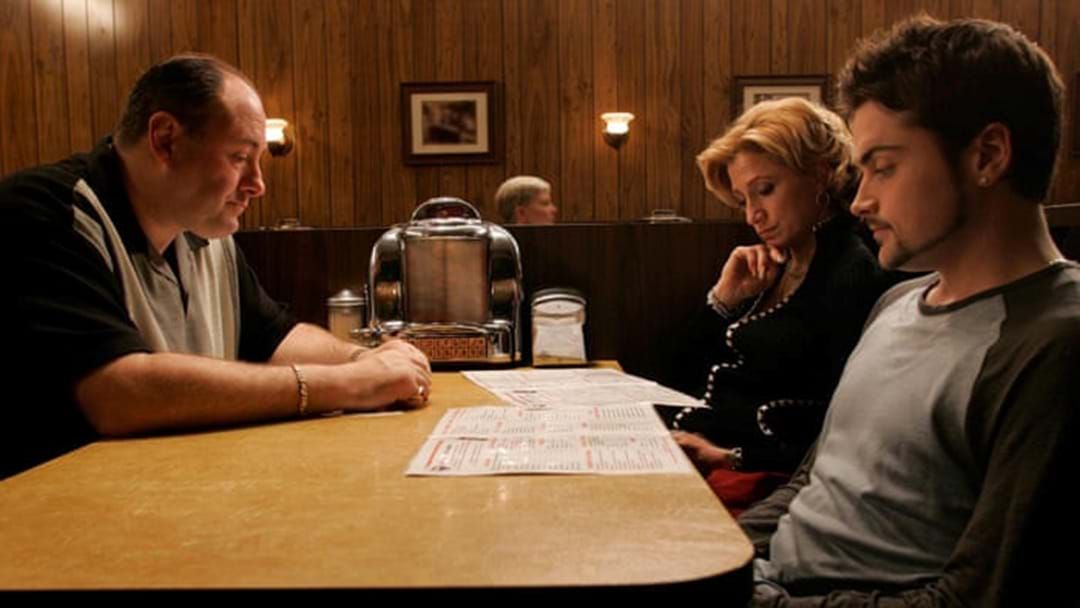 Love it or hate it, The Sopranos' finale is held up by critics as an example of the right way to end a much-loved series.

In case you need a refresher, the final scene showed Tony Soprano sitting down at a table, putting Journey's Don't Stop Believing on the jukebox and waiting for his family.

His wife arrives, his son arrives, his onion rings arrive and, as they're waiting for his daughter Meadow to arrive, a man gets up from the bar and walks into the bathroom behind Tony.

As soon as Meadow is done with her third attempt at parallel parking and walks into the restaurant, Tony looks up... and the screen cuts to black.

It remains one of the most argued-about finales in television history. Was Tony killed or not?

According to the Independent, Chase was being interviewed for The Sopranos Sessions, a book celebrating the series, when co-author Alan Sepinwall said: "When you said there was an end point, you don't mean Tony at Holsten's [the diner], you just meant, 'I think I have two more years' worth of stories left in me.'"

Chase replied: "Yes, I think I had that death scene around two years before the end... But we didn't do that."

It was then that co-author Matt Zoller Seitz pointed out that Chase had just referred to the ending as a death scene.

The Independent reports that later in the book, Chase goes on to try and bring some of the ambiguity back into the scene.

"[The point was] that he could have been whacked in the diner. We all could be whacked in a diner. That was the point of the scene," he said.

If you're keen to re-watch those almost perfect five minutes again, you're not the only one; one comment under the YouTube clip of the finale reads: "Who is here after David Chase spoiled this scene?"