NRL NewsSorry, Tigers Fans: Chris Lawrence Shares An Update On His Future With The Club

Sorry, Tigers Fans: Chris Lawrence Shares An Update On His Future With The Club 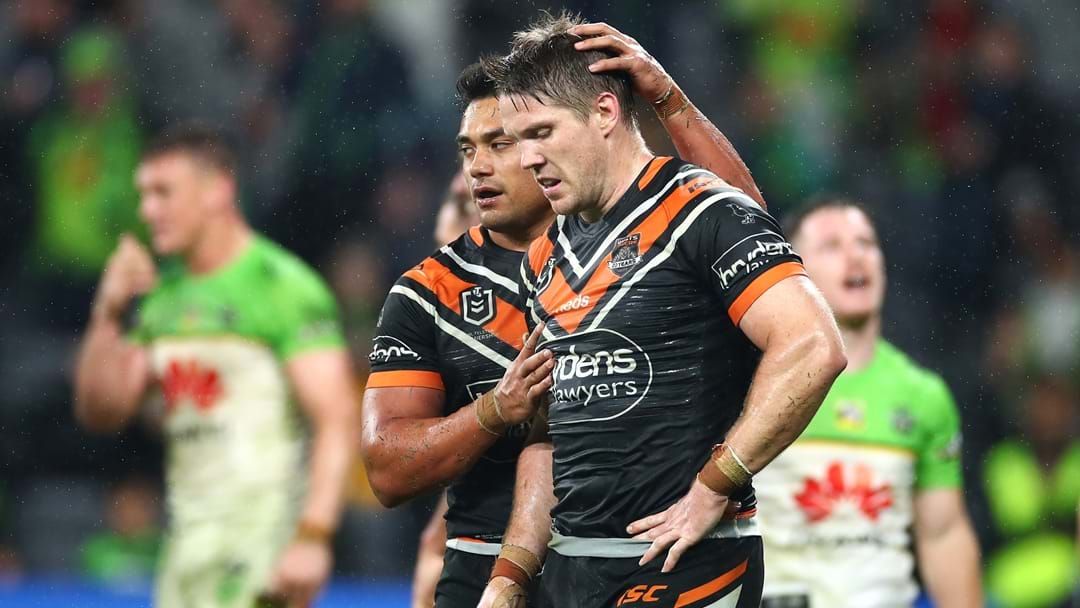 Chris Lawrence has shared an update on his playing future with the Wests Tigers amid the club's salary cap woes.

The 30-year-old, who debuted for the Tigers back in 2006, is off contract come November 1 but has been vocal about his desire to have one more season there.

Ahead of their finals-defining clash with the Sharks at Leichhardt Oval this weekend, Lawrence joined Triple M's The Rush Hour with MG to explain where he's now at.

But that wasn't the only update Lawrence had for the team; with teammate Robbie Farah named in the squad just 24 days after breaking his leg against the Bulldogs, Lawrence shared what's been going on in the training sheds.