South Aussie Kokkinakis On The Brink Of First ATP Title 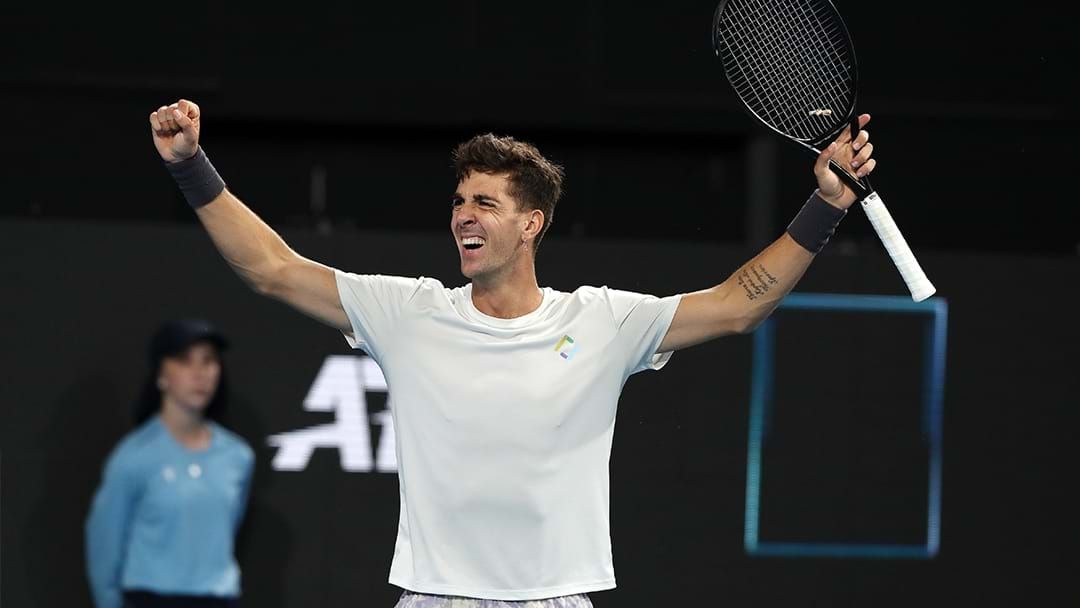 Thanasi Kokkinakis has continued his stellar play at the Adelaide International 2, defeating Marin Cilic to advance to his first ATP final in five years.

In an enthralling contest, Kokkinakis claimed the first set off the Croatian veteran 6-2.

After Cilic leveled the match up in the second set, the Australian manage to survive two match points in the deciding set to win in a tiebreaker, 12 points to 10.

"I couldn't ask for anything more. To find myself in this position, beating the players I have, like a former grand slam champ, yeah, I'm stoked," Kokkinakis said post match.

The South Australian - who is yet to win an ATP trophy - will take Centre Court on Saturday night against Frenchman Arthur Rinderknech.

Rinderknech holds a current ATP rank of 58 in the world, and is also yet to claim his first tour title.

The warm-up to the first Grand Slam of the season, the Adelaide International has run since 2020 after taking over the Brisbane International.

At the age of 25, the Australian favourite has now won 12 singles titles on the WTA tour.

The Australian Open kicks off January 17 from Melbourne Park.