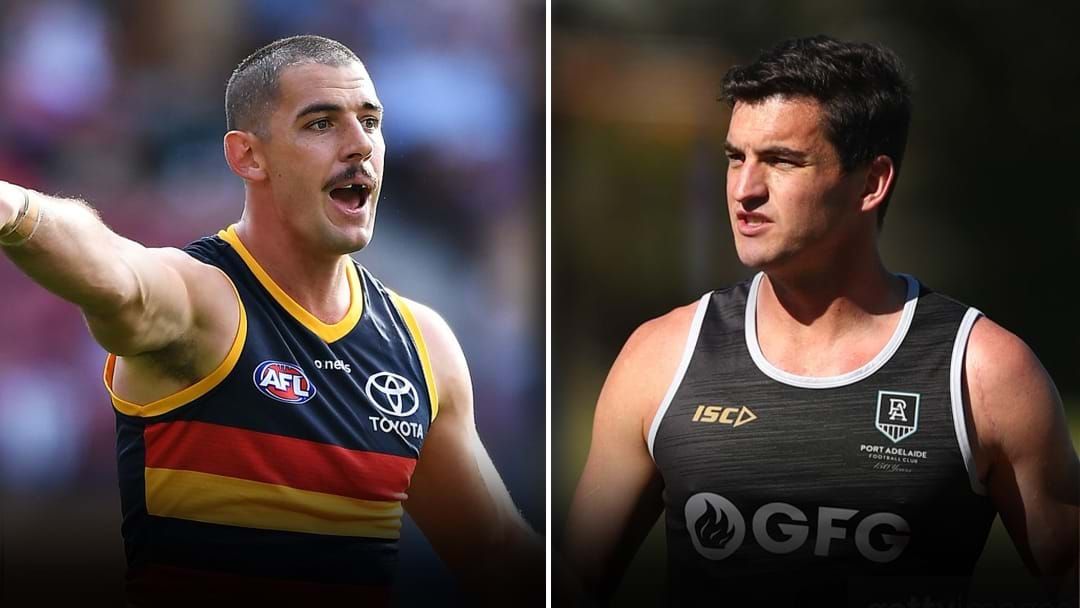 The AFL revealed on Tuesday that Adelaide and Port will board a charter flight to Melbourne after SA government announced an impending lockdown from 6pm.

Allowing teams to also train together, the move was made to ensure the AFL's plans to reschedule venues and matches for Round 19.

The news was met with a vary of reactions, Adelaide's Taylor Walker and Port's Tom Rockliff spoke on the unfolding situation.

Rockliff shared all the moving pieces, saying he's cautious of how it's all going to play out.

Port Adelaide were set to face Collingwood at Adelaide Oval on Friday night.

While Adelaide are waiting to hear confirmation for their scheduled match against the Western Bulldogs, the AFL are engaging in talks to switch the Round 20 fixture meaning their next opponent is Hawthorn.

"It's quite a difficult time for everyone in Australia." Tex explains the club were unable to train this morning, before the news of relocating to Victoria came about.

Walker said the logical answer is to have a league-wide bye this week.