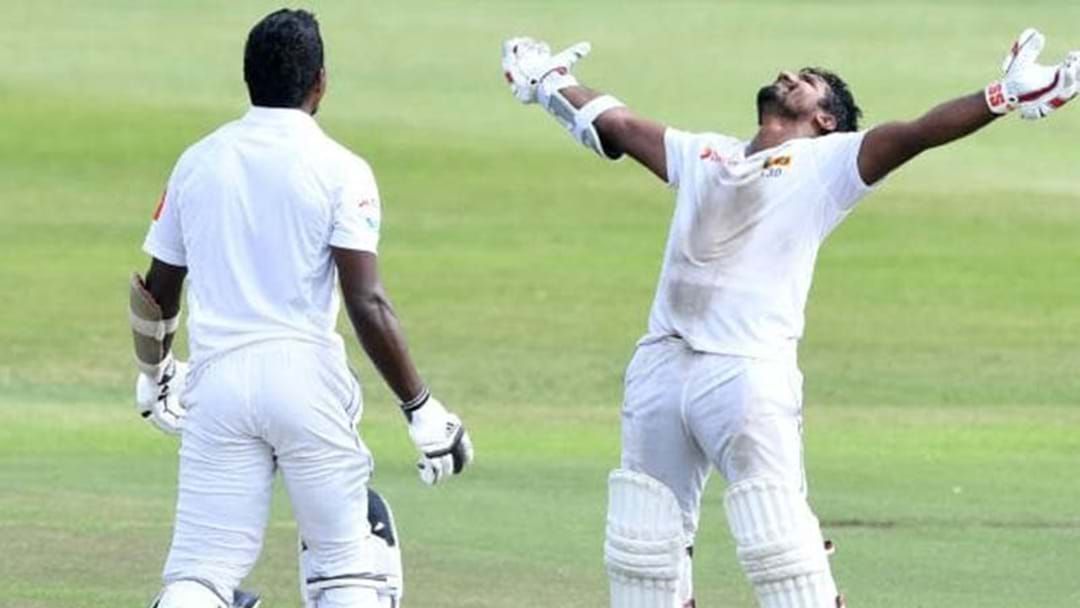 A historic and record breaking last wicket stand has handed Sri Lanka an against-the-odds victory in the first test of the tour of South Africa.

Requiring 304 for an unlikely victory, middle order batsman Kusal Perera scored unbeaten 153 to steer his side to victory.

This included a record breaking last wicket stand for a successful run-chase, with Perera and No.11 Vishwa Fernando (6*) putting on 78 for the win.

The incredible win was Sri Lanka's first in any format since October and also ended South Africa's run of seven home series victories in a row.

The second and final Test begins on Thursday.