AFL NewsSteven Motlop Has Been Dropped By Port Adelaide

Steven Motlop Has Been Dropped By Port Adelaide

"We’ve made the decision." 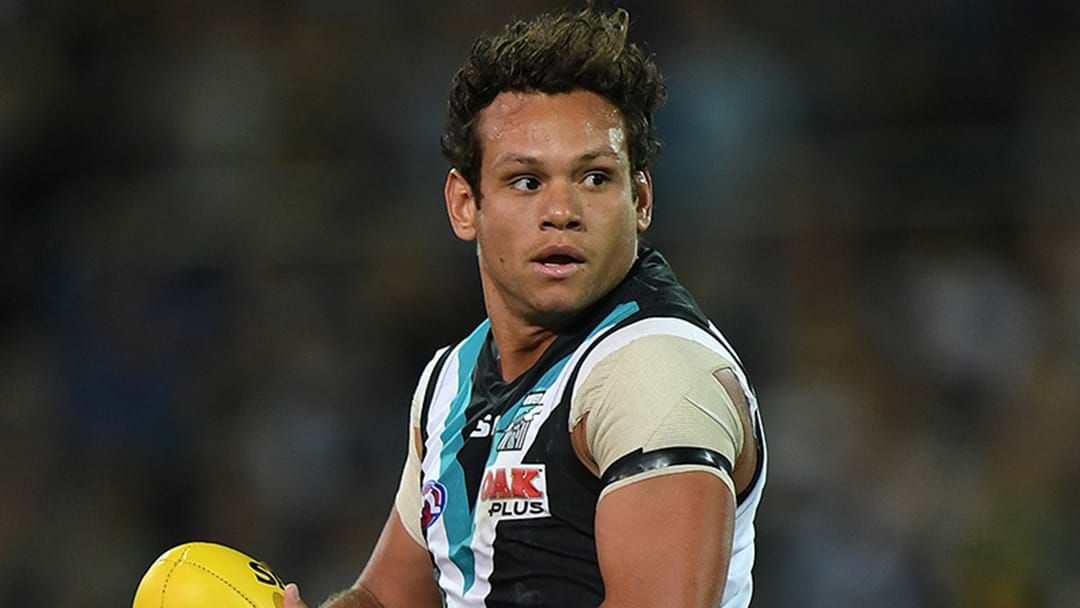 Port Adelaide's Steven Motlop has been axed from the side to take on West Coast.

Motlop, as well as Karl Amon, will not travel to Perth to take on West Coast this weekend, according to senior coach Ken Hinkley.

The midfielder has had a disappointing start to the season, averaging 15.5 disposals and 0.8 goals per game, including a seven-disposal outing last week against Richmond.

“His form for the first three or four weeks of the season has been a little bit off by his own admission,” Hinkley told portadelaidefc.com.au.

“He hasn’t been able to find the football and impact as well as we’d like.

“On that basis, we’ve made the decision to play him at SANFL level, where he’ll hopefully find some more of the ball.

“We know Steven is a high-quality player who we’re sure will make his way back and be a significant part of the team going forward.”