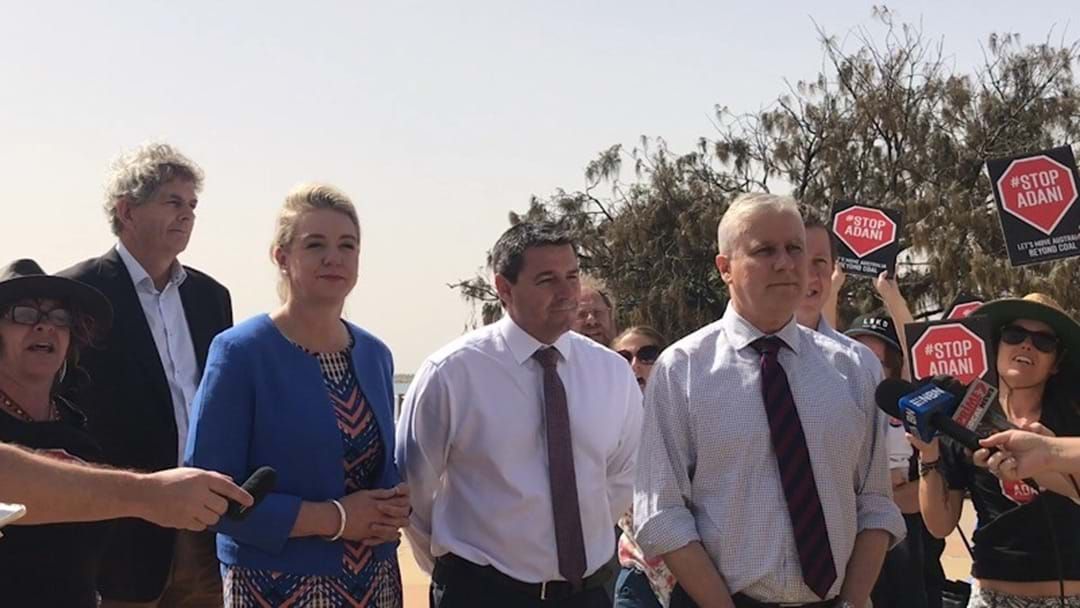 A handful of Stop Adani protesters attempted to ambush a media conference on Friday in Coffs Harbour.

Shortly after 9:30am, Deputy Prime Minister Michael McCormack was announcing new jobs to the city with the relocation of the Australian Maritime Safety Authority when the small group began chanting from behind.

Appearing out of nowhere the protesters, who would likely win a 'hide and seek' contest, were yelling "Cowper doesn't want Adani", and other lines.

At one point, referring to the school aged children with them, one of the females asked the Deputy PM to "turn around and look at the younger generation that will be affected by this".  When asked by Triple M why they weren't at school, one woman said "Ah none of ya business, none of ya business actually".  Another then confirmed that it is because the school has a pupil free day for 'report writing'.

According to one of the woman, she said that "on November 30, nationally, school student were going on strike".

A number of local Coffs Coast Public Schools have confirmed that they don't have a pupil free day, while NSW Education have been contacted for comment regarding the day for report writing and the apparent student strike.