Stuff"Stop The Mass!" | Bloke Pulls Off Ultimate Prank From Beyond The Grave

"Stop The Mass!" | Bloke Pulls Off Ultimate Prank From Beyond The Grave 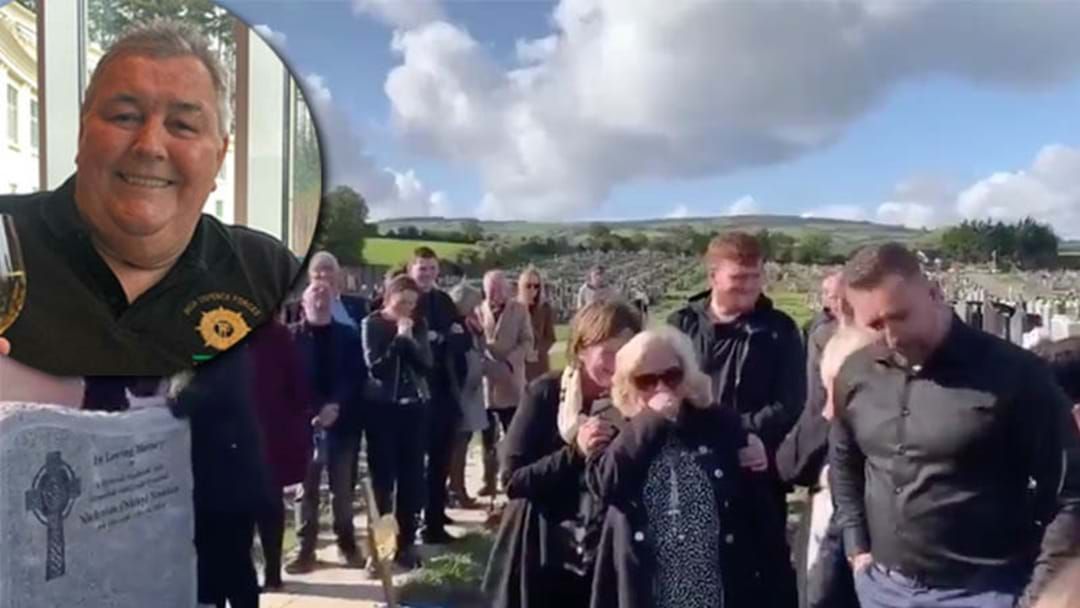 A bloke in Ireland has had the ultimate last laugh, enlisting his daughter to help pull off possibly the greatest funeral prank of all time.

Shay Bradley, who died after a long illness, recorded himself speaking from "beyond the grave" to shout: "Where the f*ck am I?!"

Bradley's daughter Andrea filmed the whole gag, which began after the bagpipes fell silent during his burial and mourners began to throw flowers on top of his coffin.

"Hello," Bradley can then be heard yelling. "Let me out! Where the f*ck am I? Let me out it's f*cking dark in here!"

Bradley then begins knocking on the recording, before continuing to shout.

"Is that the priest I can hear? Let me out! Hello? Stop the mass!"

Watch the whole thing below:

Andrea later responded to her video going viral on Twitter, saying her dad was "some man for one man."

"It was his [dying] wish that we played this at his funeral," she explained. "What a man... To make us all laugh when we were incredibly sad."