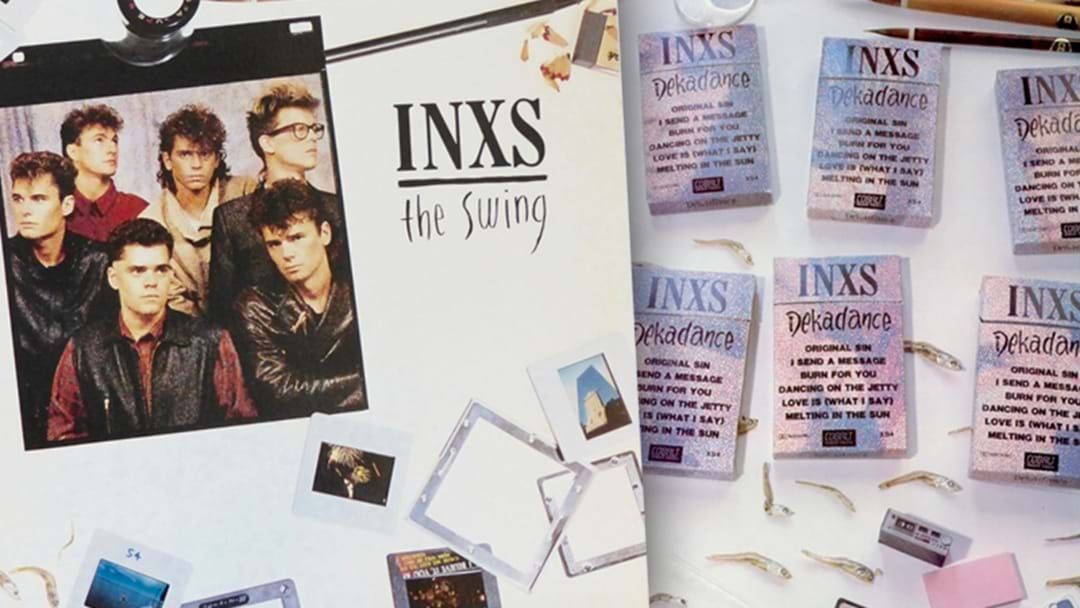 For any fan of 1980's retro collectible, they don't get much more retro or collectible than what INXS released in 1984... DEKADANCE was a remix collection available only on cassette with six different covers, one for each band member.

They sold like hotcakes back in the day and yes, became one of those rare must-haves for fans of the band and music in general here in Australia.

The good news is that, on September 6, DEKADANCE will be re-released on glorious vinyl to mark 35 years since INXS' iconic The Swing album was released.

The album features a whole bunch of remixes and reinterpretations of some killer songs off The Swing, including Original Sin, I Send A Message, Melting In The Sun and Dancing On The Jetty.

What fans might never have heard is a rare version of a seriously country and/or western song called Jackson, performed by the band with Jenny Morris duelling vocals with Michael Hutchence.

The album is out early September. You can pre-order here.