Supercars NewsSupercar Drivers Aiming Not To Bend It At The Bend

Supercar Drivers Aiming Not To Bend It At The Bend 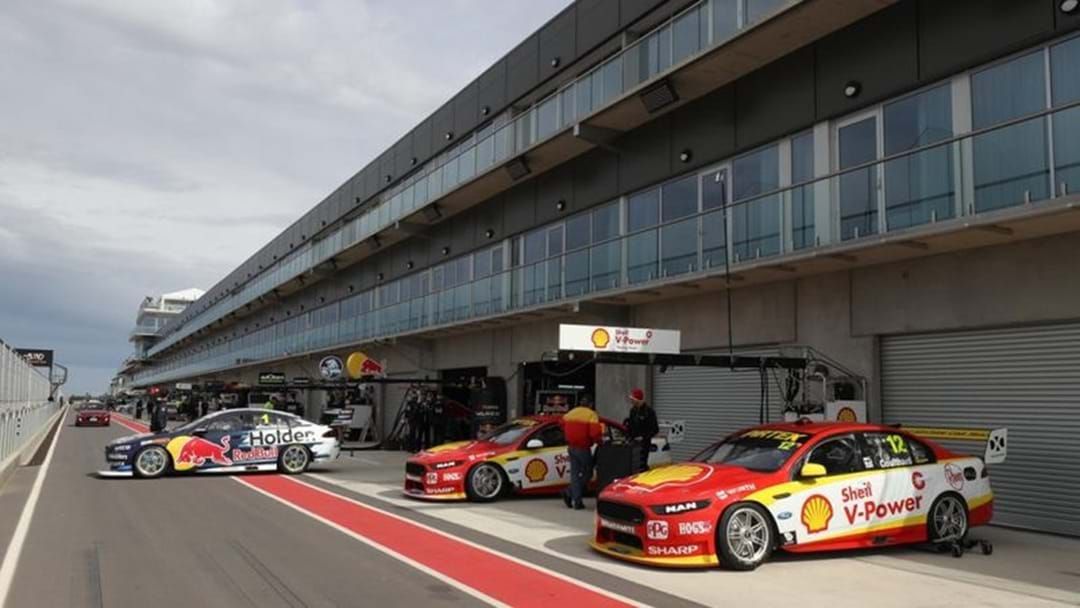 Tens of thousands will converge on a usually sleepy town on the Murray River this weekend to witness motorsport history.

From the hundreds of trackside campers, to the hardcore Supercar fans and corporate winers and diners, Tailem Bend and its 1600 locals are bracing for the biggest circus since well, ever.

The owners of the nation's newest piece of racing bitumen aren't mucking around.

They've done their homework studying some of the world's finest racing circuits and come up with something the driver's already rate one of Australia's best - and maybe better than (insert gasp) Bathurst's Mount Panorama.

Money's been no object too for the Shahin family, who found their fortune through an ever growing chain of petrol stations in South Australia.

$110 million dollars has been spent carving out land that was once home to a Mitsubishi test track.

The Bend as it's called, is 7.7 kilometres as its longest configuration but the Supercars will race on an 18-turn 4.95 kilometre version of the circuit with speeds topping out at 270km/h.

But it's not just about V8s.

Drag racing, rallying, karting and four-wheel-driving facilities are complete or under construction.

The owners have also made no secret of one day luring a MotoGP or Formula 1 race to The Bend.

As for this weekend's action, drivers are spending Friday with their L plates on as they get to grips with the new layout before a race each on Saturday and Sunday.

Series leader, Shell V-Power Racing's Scott McLaughlin spoke after his first look at the circuit and is predicting a few thrills and spills as drivers try to lay down some rubber.

"It was very smooth and doesn’t look very grippy to be honest, so it’s going to be interesting how we go," he said.

"“Qualifying is going to be very difficult as well, with such a long lap. I’m excited, but there’s a lot of empty check boxes, we don’t know what’s going to happen.”

Red Bull Holden Racing Team's Shane van Gisbergen agrees, hoping he'll be one of the drivers who can keep it on the black stuff after getting a sneak peak in a GT racer.

“You’ll see a few drivers going off, and a big challenge is the wind, it’s so variable here and every lap it changes."

“I felt it so much in the GT car, it’s very inconsistent, so that’s going to be a big challenge as well, because it’s such an open plane here.”

With some laps at The Bend already under his belt, the Kiwi will be hoping to close the 89 point gap to McLaughlin ahead of the crucial endurance rounds at Sandown and Bathurst in the weeks ahead.