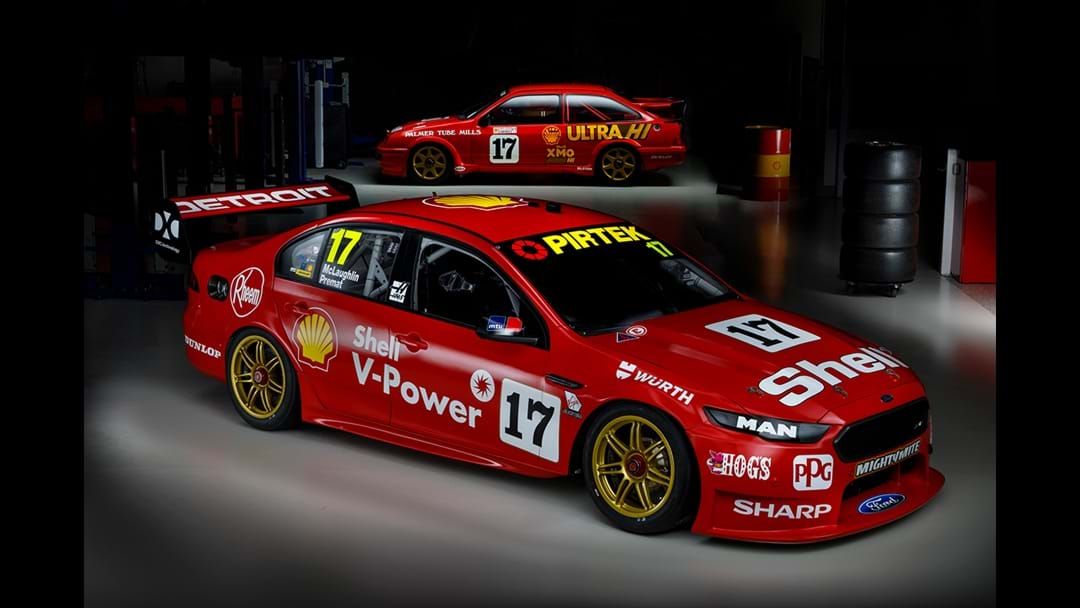 What year is it again?

The Virgin Australia Supercars Championship is once again paying homage to the sport's legendary history at this weekend's Sandown 500.

The colourful and sometimes controversial liveries of old have been re-birthed and re-hashed for the first of the year's endurance events in Melbourne.

It's motorsport's version of a cover band belting out Stairway to Heaven or Sweet Child O Mine - never as good as the original, but it still makes you feel warm and fuzzy inside by reviving some fond memories.

You can check out some of the paint jobs below with the original version if you need a refresher.

Erebus Motorsport didn't chicken out with their tribute to Graeme Bailey's privateer team in the 1980s. Bailey teamed up with Allan Grice to win the Great Race in a VK Commodore in 1986.

Garry Rogers Motorsport kept it close to home with a tribute to team owner Garry Rogers' driving days as a privateer. Garth Tander's livery harks back to Garry's A9X Torana he made his debut in back in 1978.

Shell V-Power Racing dug back into their own history as Dick Johnson Racing by ordering extra tins of red paint to mimic the colours that famously adorned Dick's all conquering Sierras in the late '80s.

Keeping with all things red, the Mobil 1 Boost Mobile Racing garage have chosen to rock the colours that Mark Skaife's ride in his last Supercars Championship campaign in 2008. Back then the team were known as the Holden Racing Team, making motsers out of supporter merchandise at tracks all over the land with the famous lion and helmet logo.

Fans are divided about this one. Tim Slade will run with a Bob Jane inspired livery inspired by the Hall of Famer's Monaro way way back in the day. But shouldn't it be orange?

Considering Rick Kelly's (and brother Todd's) team was born out of the old Perkins Motorsport operation and his ride is sponsored by Larry's old backer Castrol, this one makes a tonne of sense. It's bound to be popular too as a near identical match to the theme on the Commodores that raced in 2002.

It didn't take us too much head scratching to work out where privateer runner Tim Blanchard got his inspiration for this beauty - and there's a family connection too. Tim's dad John raced a single season in the Benson & Hedges BMWs, back when there were tobacco sponsors and Beemers to boot.