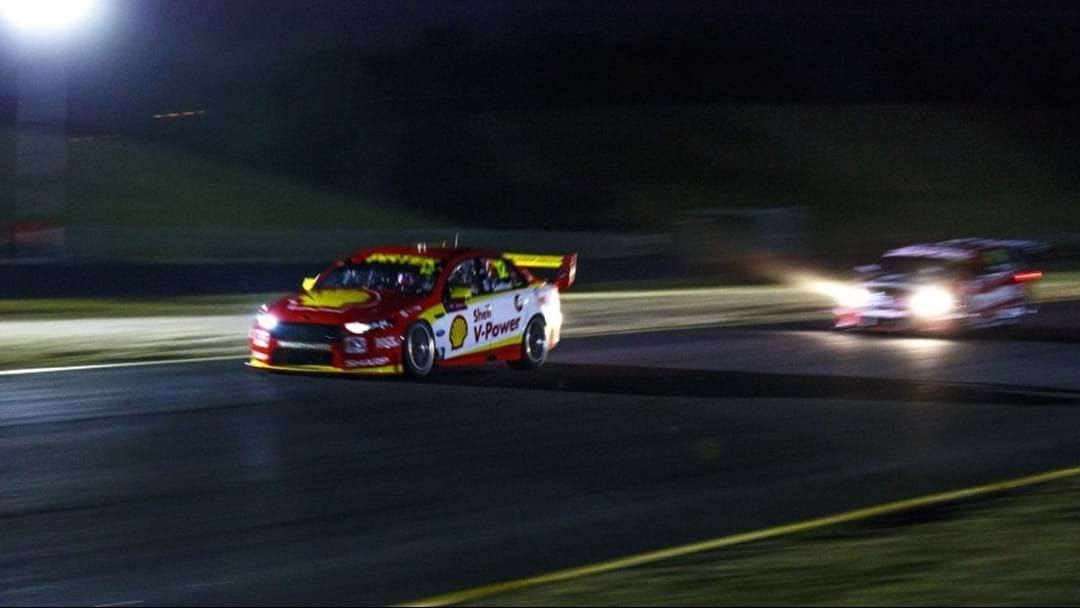 There's no underplaying this.

With 300 points up for grabs over a single race, there's plenty of reward for the drivers who get it right at night.

The boys (and girl) will be racing under lights for the first time in two decades and there could be major ramifications for the future of the sport at the next round of media rights, as bosses evaluate a shift to TV prime time in future seasons.

Night time footy's been around for years and only recently has cricket under lights come into its own with the advent of the Big Bash.

So it makes sense Supercars wants a slice of the viewing pie.

How Sydney Motorsport Park looks during the day

Every effort's being made to ensure the track formerly known as Eastern Creek looks bloody fantastic on the telly - not to mention the drivers can see where they're going.

50 light towers are being erected around the 3.93 kilometre circuit. They're a combination of LEDs and halogen bulbs.

While there's no danger of it being too dark, organisers don't want the track looking as bright as a day race - after all glowing brake discs and sparks look pretty cool at night.

The teams are also taking the opportunity to make their cars shine under lights by tweaking their paint schemes and sponsor stickers. Look for LED light bars in the grilles and even underneath the cars for added presence.

Coverage of the Red Rooster SuperNight at Sydney Motorsport Park starts on Fox Sports from 1pm on Friday before the opening practice session at 6PM.

Saturday night's race will kick off at 7:20PM local and finish around 10:15PM.