Townsville NewsSupercars Want You To Perform At Their 2021 Event!

Supercars Want You To Perform At Their 2021 Event!

Get the band together Townsville! 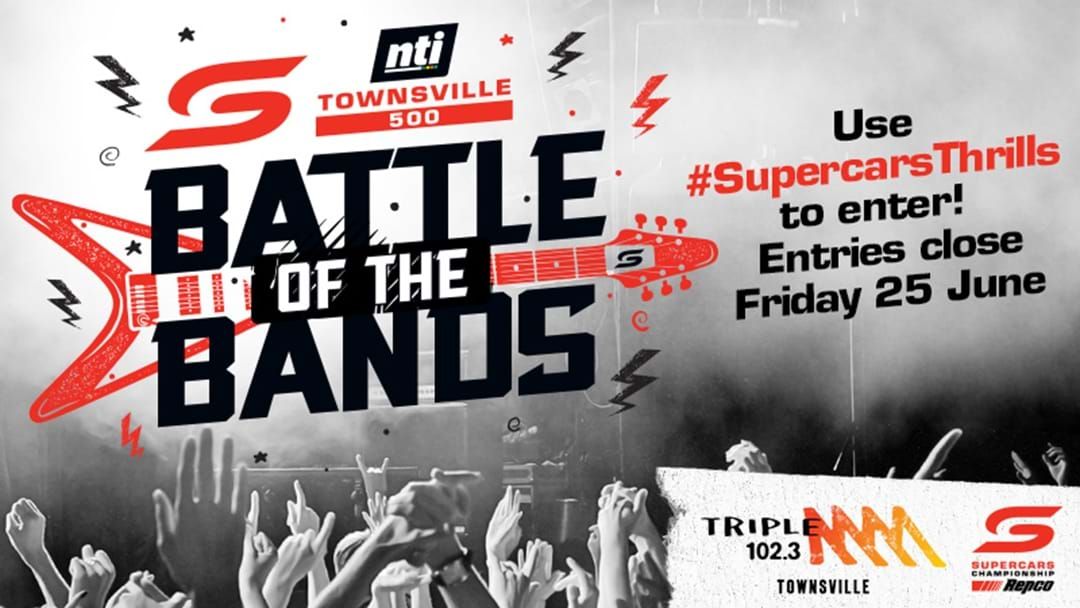 In the countdown to the NTI Townsville 500, 9 – 11 July, the first-ever Supercars Battle of the Bands competition in Townsville will reward one North Queensland band a once-in-a-lifetime prize pool!

The winning band will perform prior to ARIA-Award winner Phil Jamieson on Saturday 10 July at the NTI Townsville 500. They will also win the opportunity to sing the national anthem on the grid with that performance broadcast on TV.

They will also claim a course car ride, unique tour of pit lane and will perform live on Triple M in the days leading into the event. There is a first-place cash prize of $5000 for the winning band!

The second-place prize winner will also perform on the Saturday evening and win a cash prize of $2000.

To enter, bands from North Queensland simply need to upload a video of their best rendition of a well-known rock song to social media and use the hashtag #SupercarsThrills before Friday 25 June.

So no time to waste, Townsville!

The best online performances will be named as finalists on Saturday 26 June, and from there fans will vote on Supercars.com for their favourite to claim the ultimate prize.

For more information and terms and conditions, head to www.supercars.com/nti-townsville/battle-of-the-bands/