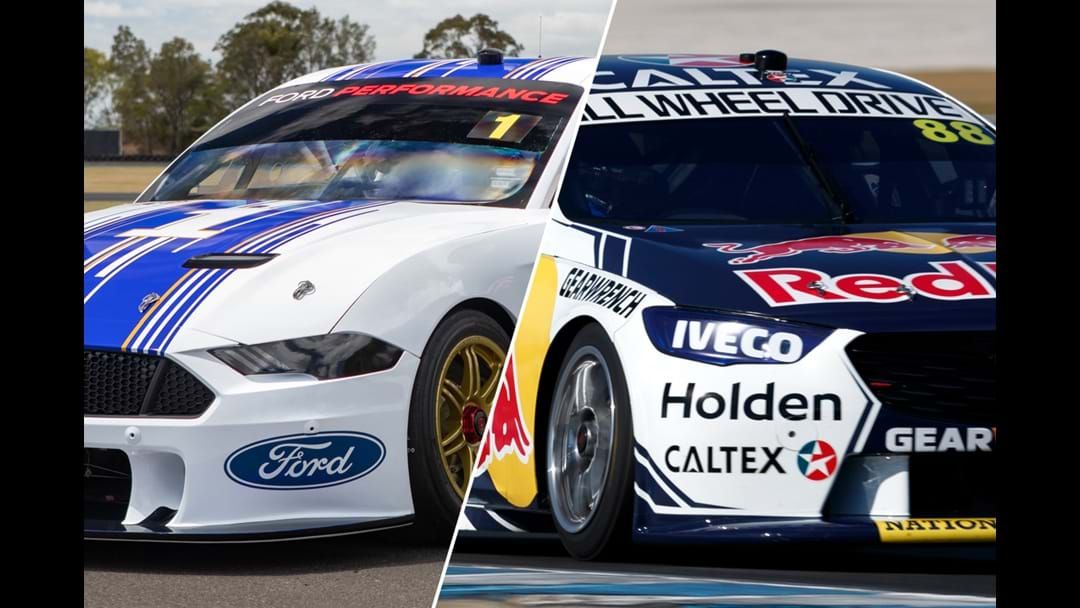 It's festival season right now in Adelaide where Mad March (which actually starts in February) sees the Fringe and Adelaide Festivals somehow come together with the colour and the noise of the V8s. Locals still affectionately call it the "Clipsal" but even under a new naming rights sponsor, the Superloop Adelaide 500 will still be one of the biggest events on the Aussie motorsport calendar.

By Sunday, more than 250,000 will have made their way to the popular (and still controversial with local residents) street circuit whose origins hark back to when the Australian Grand Prix was first held here in the mid-80s. Sure, most of the fans and potential audience might be steering SUVs and dual cab utes nowadays, but nostalgia aside, the sport retains its fan base and its events like Adelaide that showcase the very best the Virgin Australia Supercars Championship has to offer.

Enough of the chit chat, let's race you through some essential facts for one massive weekend of motorsport.

1. 2019 marks the 20th anniversary of the Adelaide 500 and the 16th time the event's turned the key on the Championship. This year sees the return of twilight sessions on Friday and Saturday (Race 1). All up, 42 races have been run and won here with Jamie Whincup boasting the most number of trophies in his cabinet with four overall victories, 10 individual race wins and a not too shabby 7 pole positions.

2. Much has been said about the Mustang and for good reason. This year marks its return to the grid for the first time in 3 decades. The last time a 'Stang was raced was way back in 1990. Perhaps ironically, the Mustang one the very first touring car race on the Adelaide street circuit at the Grand Prix in 1985 when Dick Johnson took the chocolates.

3. If there's a fella with a reputation to uphold in Adelaide it's gotta be hard charging Triple Eight turner Shane van Gisbergen. The Kiwi holds a perfect streak of 4 pole positions and 4 race victories over the 2017 and 2018 events. If he wins the Saturday twilight race, he'll become the first driver to string together 5 wins in a row at the event. A hat trick of round wins in Adelaide awaits if the "Giz' wins the whole thing again, and that'll be something to brag about.

4. Defending champion Scott McLaughlin might have some new machinery at his disposal in the Mustang but will also get to notch up his 200th championship start. He's yet to know what the top step feels like though because the best he's come in Adelaide is 2nd - it's happened twice.

5. Craig Lowndes and Garth Tander are no longer full time drivers in the sport which means Rick Kelly is now officially the "oldest" driver on the grid. The co-owner of the Kelly Racing squad starts his 240th round and his 18th Adelaide 500. Feels like yesterday he was running around as one of the Holden "young Lions."

7. After 212 rounds in a Ford, Mark Winterbottom now pilots a Holden. The #18 IRWIN Racing man will be keen to break his Adelaide 500 hoodoo after 15 appearances.

8. It's no secret the season opener is always one of the toughest rounds of the year and not for the faint hearted. No Adelaide 500 has produced a 100% finishing rate. 2010 and 2018 have come close when just 1 car on the grid failed to finish. Only 6 of the 42 races haven't had a safety car in them either.

9. Adelaide 500 races are notoriously close. The tightest finish was 0.0065 second bees dick that separated winner Fabian Coulthard from Chaz Mostert on the Sunday in 2016.

10. Garry Jacobsen and Macauley Jones are this year's Adelaide 500 rookies, but that doesn't mean they come in without any flying hours on these mean streets. Jacobsen won the Super2 round here in 2016 while Jones has started 10 races in Adelaide.