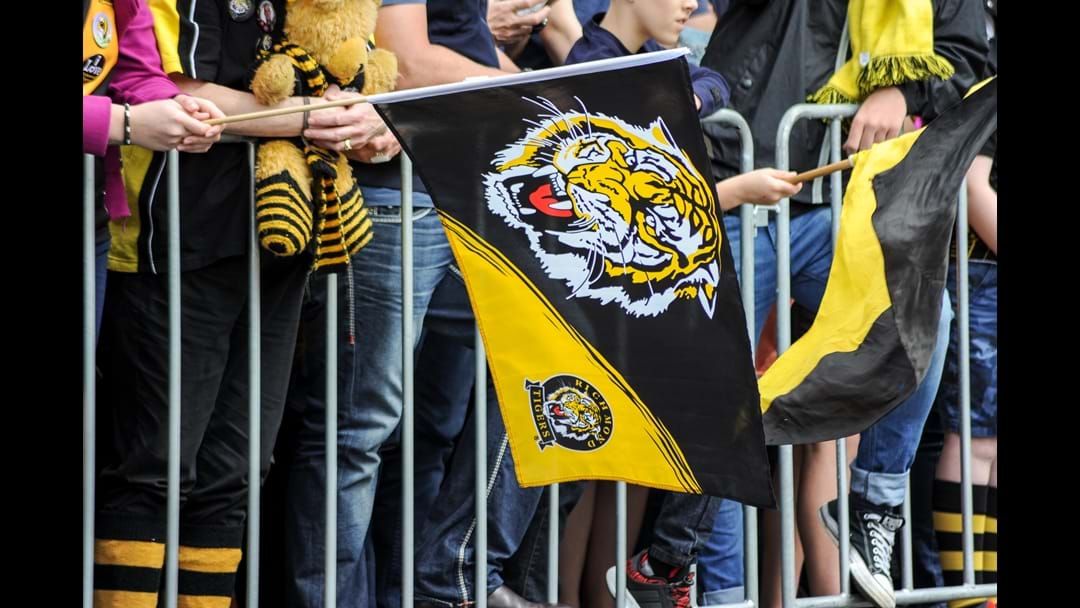 Former Mildura teacher, and AFL great Michael Bowden has been presented the 2019 AFL Premiership Trophy, in front of overjoyed family members in Darwin.

The 71 year old is battling motor neuron disease, and is now unable to speak, but looked elated with the surprise visit from members of the Richmond Football Club.

He played under legendary coach Tom Hafey as an on-baller - in a team filled to the brim with stars, including future Hall of Fame entrants Kevin Bartlett AM, Bill Barrett, Francis Bourke, Dick Clay, Roger Dean, Michael Green, Royce Hart, Kevin Sheedy AM, and Barry Richardson.

Three of Michael's sons, Sean, Joel and Patrick Bowden all played for the Richmond Tigers in the 90's and 2000's.
Patrick Bowden told FoxSports "we're very very grateful to Richmond for bringing the cup all the way to the territory, first of all to Tiwi Islands with Daniel [Rioli], and now very special for our family, to come here to our family home, to join us.

"Dad can't speak, so he's asked me to speak on his behalf, he's thrilled that the Cup is coming here to see us, in Rapid Creek in Darwin," Patrick said.

the FoxSports video of the surprise visit can be found here: