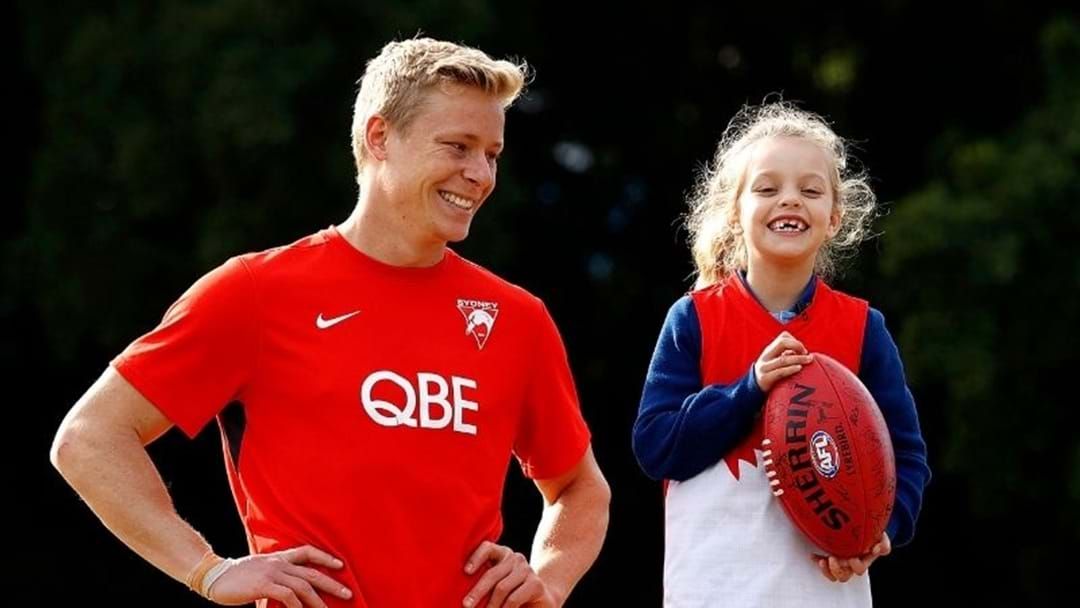 During last Sunday's Sydney-Carlton match, Etta Mason warmed the hearts of many as she tightly held onto the game-ball which was kicked up high to her in the stands. The moment was caught by camera crews and Etta quickly became a social media hit!

Yesterday, as shared on Heeney's instagram page, the story reached its full circle as Etta received a gift from Heeney and the Swans; a football of her own to keep!

The act of kindness was captured by the Swans media team, as Etta had the opportunity to meet her favourite players at the club's open training session.

The signed football was extra special coming from Heeney, who had sent the ball into the stands after a goal at the SCG.

“My mom tried to take a picture, but my dad robbed me!” Etta explained in the club’s social media post on Tuesday.

Catch up on the latest headlines on The New South Wales Briefing. Available on LiSTNR