Southwest NewsFootballers Come Together In Adversity In South West Footy

Footballers Come Together In Adversity In South West Footy 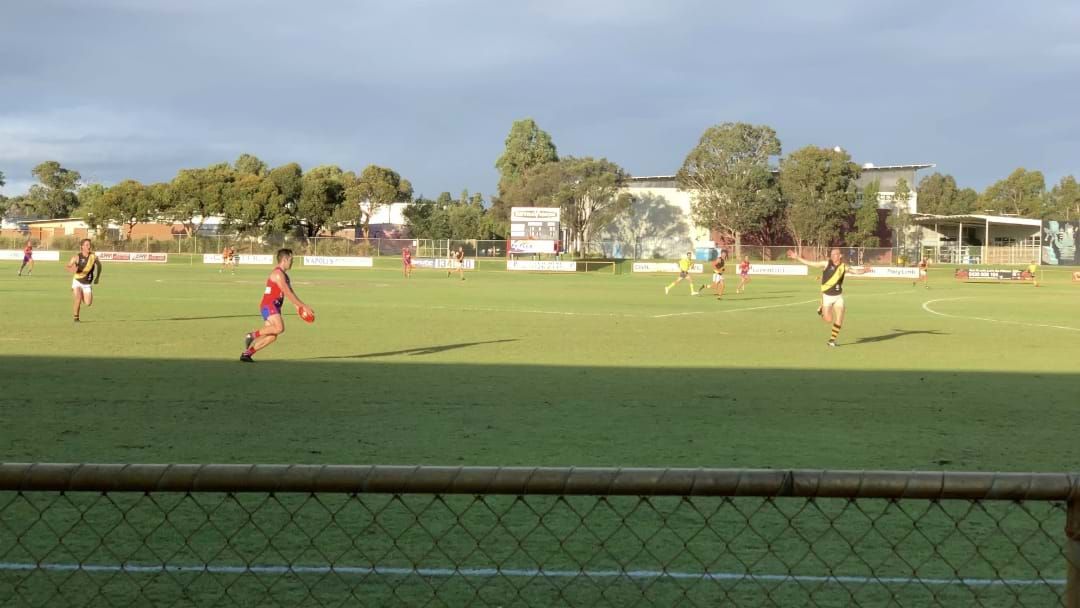 While the action on the field was top quality in Round 4 of the Dale Alcock Homes South West Football League, it was the coming together of the clubs in tragedy which was the big highlight.

Following the passing of much loved Harvey Bulls player Lockie Hernaman on Tuesday night, all teams in League, Colts, Reserves and the Women’s competitions observed a minute’s silence before their matches as well as wearing black armbands.

Busselton started the weekend off in style, getting their first win of the season with a commanding 75 point victory against the Collie Eagles.

It included three goals from Reegan Mrsich, as well as dominant displays across half back from Matt Harbeck and Brodie Howell.

While Damian Lee carved it up through the midfield.

At Kelly Park, it was a slow start for Carey Park, but flew home late to score a 3 point win over South Bunbury.

Riese Wilkey once again dominating off the boot with 5 goals, while Jake Thurston was once again solid in defence.

At VC Mitchell Park, Sam Lowrie and Sean Lynch combined for 7 goals as Donnybrook returned to the winner’s circle.

They defeated Augusta-Margaret River by 23 points to sneak back into the top five.

Harry Taylor did his best for the Hawks with 4 goals, while Mitch Lynn and Beau Morgan tried to get their side back into the contest.

But a third quarter surge from the Dons saw them take a six point deficit at half time and turn it into a winning 21 point lead.

While the match of the round saw two very talented and speedy sides meet at Glen Huon Reserve, with the Eaton Boomers coming out on top by 21 points over Bunbury.

It was like the Gunfight at the O.K. Corral, with the two key forwards of Jarrod Humphries for the Boomers and Brett Peake for the Bulldogs both kicking 5 goals.

Bunbury lifted in the third quarter off the back of brilliance from Peake, Jesse Gribble and Mark Longbottom as they tried to get home in Trent Gribble’s 100th league match.

But it would Brandon Jetta and Rannon Salmon combining for the last 3 goals to give Eaton the win and have them joint leaders in the competition.

The matches between Harvey Bulls and Harvey-Brunnswick-Leschenault were all called off due to the week’s events.

They are officially forfeited by the Harvey Bulls, meaning HBL receive the four points in each of the competitions.