Sydney NewsSydney Driver Has An Absolute 'Mare Of A Monday, Mistakes Stairs For Driveway

Sydney Driver Has An Absolute 'Mare Of A Monday, Mistakes Stairs For Driveway 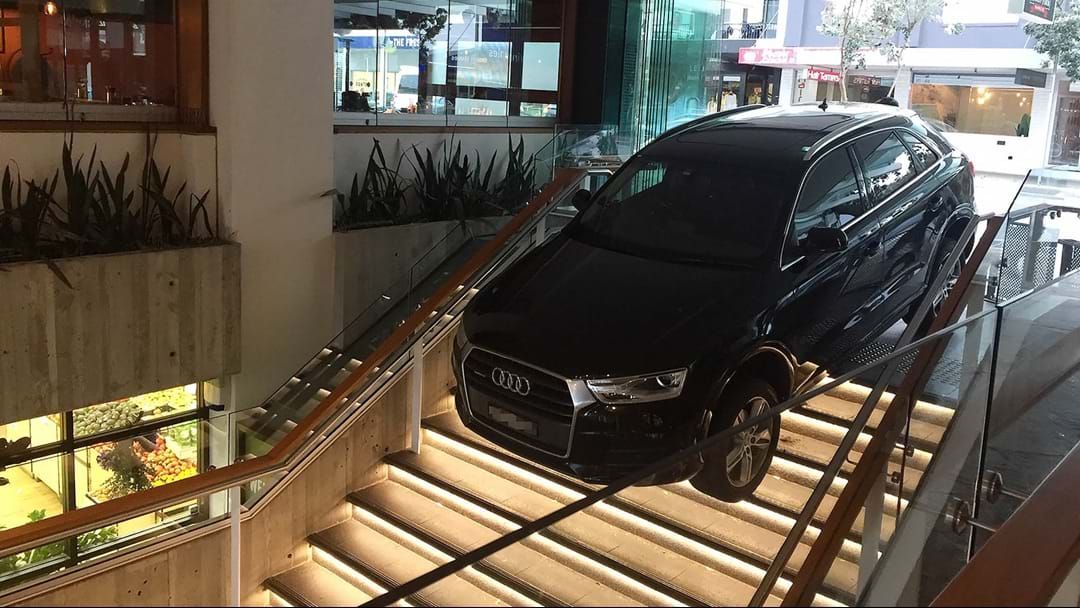 A Sydney ride-share driver has had a nightmare start to the week after driving down a set of stairs in the city's eastern suburbs.

The unnamed driver reportedly thought he was turning into a driveway, but instead found himself perched at the top of the stairs that lead to Wilson Parking on Hall Street in Bondi.

NSW Police said that though they would not be pressing charges, there was "some minor damage" to the building.

"The particulars of the driver and building owner were exchanged," a spokesperson added.

The Audi remained in its precarious position as surrounding businesses opened earlier today, although a tow truck was later filmed rescuing the vehicle.