AFL NewsSydney Has Ruled Out Appealing The Dane Rampe Sanctions

Sydney Has Ruled Out Appealing The Dane Rampe Sanctions 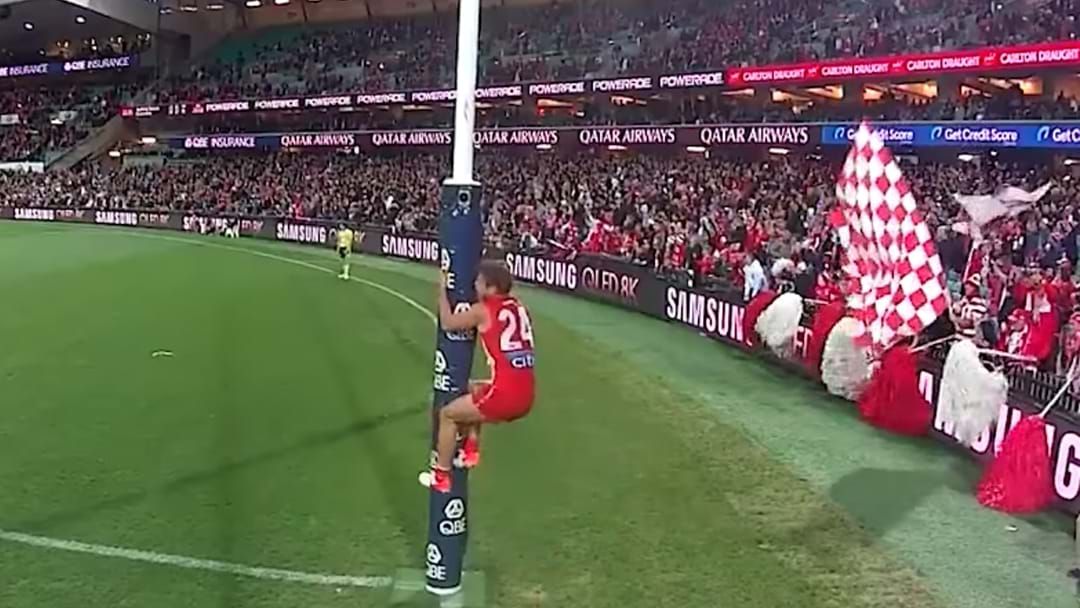 Sydney has opted not to appeal against the sanctions handed out to Dane Rampe.

The co-skipper was fined $1000 wholly suspended for climbing the post at the end of the game, and $10,000 with $5000 suspended for saying that an umpire talks “like a little girl”.

The Swans released the following statement:

The Sydney Swans will not appeal the sanctions handed to Dane Rampe by the AFL in relation to two incidents during our Round 8 match against Essendon.

The Club in no way condones the comments Rampe made to an umpire as they do not reflect our values of respect and inclusiveness.

Rampe has acknowledged he made a mistake and apologised unreservedly. He is an outstanding leader of our football club and is disappointed in himself for his actions.

However, the Club remains of the view that the fines imposed are excessive, because they are not in line with the AFL's response to other recent incidents.

We have raised our concerns with the AFL and hope the league will continue to show leadership with a consistently strong stance on such matters in the future.