Do you wanna taco 'bout it? 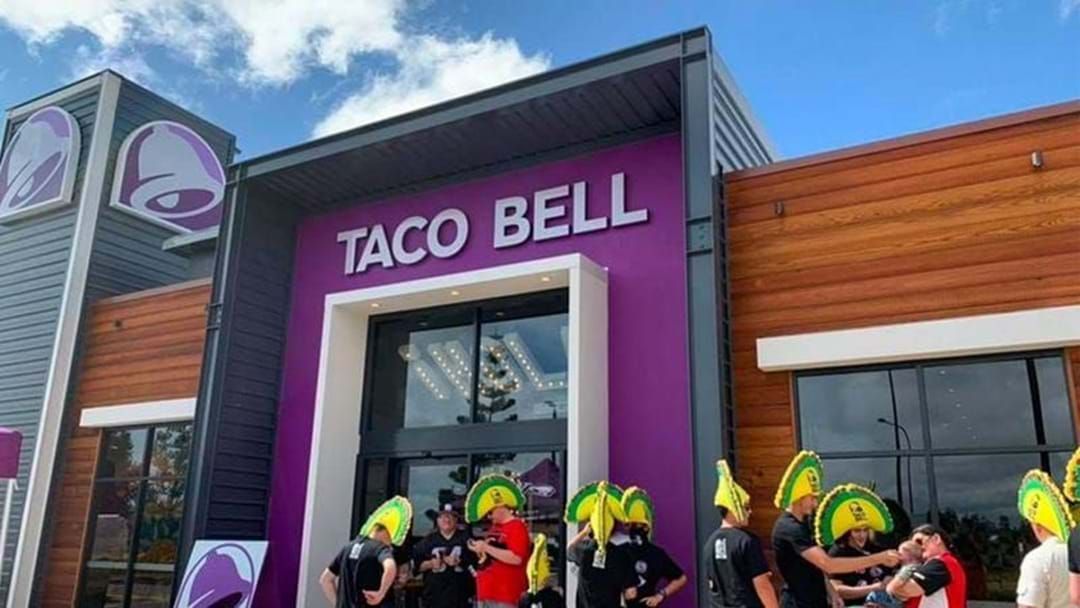 One of America's most infamous fast food restaurants has officially launched its expansion into Australia, and Sydney's first joint opens in just one more sleep.

Back in September, Taco Bell announced it would be opening stores in Blacktown and Newcastle, as well as locations in Queensland and Victoria.

Now, finally, opening day has come; from 11am tomorrow, December 17th, Mexican food lovers can flock down to Westpoint Blacktown to get their fix.

And there's even some treats up for grabs for the more enthusiastic fans among us, with the chain writing that "there'll be limited edition tees, hats and a year’s worth of taco's to be won for one lucky customer" on Facebook.

Taco Bell technically first opened a store in Sydney in 1981, but after a dispute with an existing restaurant of the same name, the chain closed. It reopened again in 1997, but closed again a few years later.

They offer a range of Mexican favourites including tacos, burritos, quesadillas, nachos, a number of craft beers and even frozen margaritas, and you can find them at shop 3035 Westpoint Shopping Centre, 17 Patrick Street, Blacktown.