"It's the salary dump again." 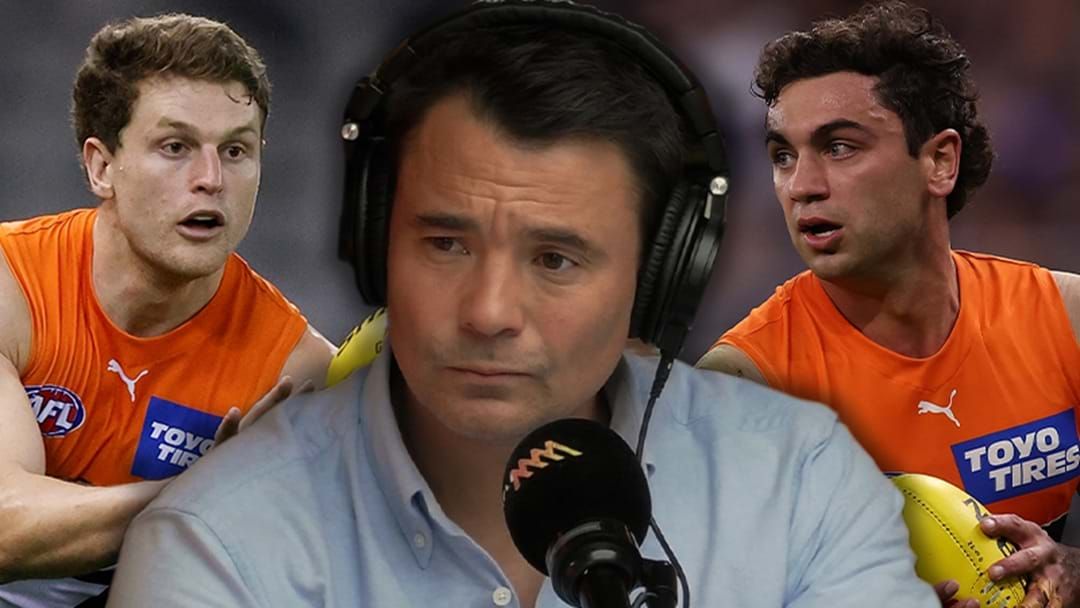 Triple M's Jay Clark says all four of Tim Taranto, Jacob Hopper, Tanner Bruhn and Bobby Hill are likely to make the move to Victoria in this year's trade period.

The Giants are reportedly well over their salary cap - as much as a million dollars over, according to reports - and look likely to sacrifice a few players at the end of the season.

Four of them were on Jay-Z's radar on Triple M's Rush Hour.

"It's the salary dump again," he explained.

"I think Geelong is right into Jacob Hopper, and I think this is a big chance of happening..."

WHERE THEY'RE LIKELY TO END UP: