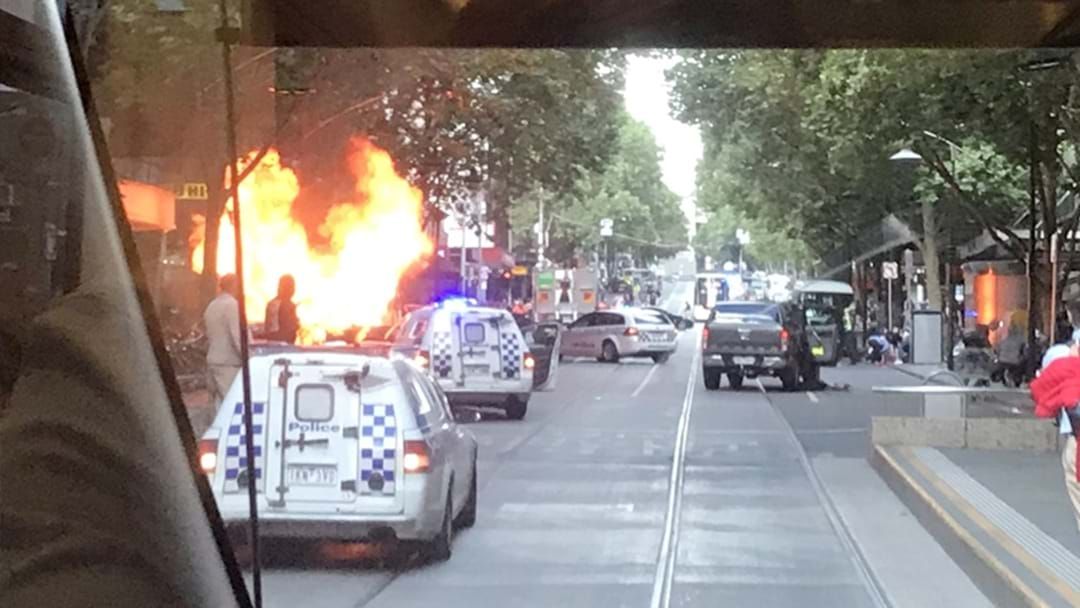 Mr Patterson was transferred to Melbourne’s Alfred Hospital where his current injuries are unknown.

Mr Patteron’s wife, Maree, took to social media thanking supporters for their well wishes, while Tasmanian Premier Will Hodgman posted his thoughts on Twitter (above)

Victoria Police Chief Commissioner Graham Ashton said the attacker who stabbed three members of the public and attacked police officers has since died.

The man had been shot by police at the scene in Bourke Street and died as a result of those gunshot wounds around half an hour after the incident on Friday afternoon.

Police confirmed three men were stabbed during the Bourke Street incident, one of those thought to be Mr Patterson from Launceston, who it is understood also owns an apartment in Melbourne.

Chief Commissioner Ashton said the three men were rushed to Royal Melbourne Hospital, where one man died from his wounds. The man’s name has not been released at this stage.

Mr Patterson, was a franchisee for Launceston’s Autobarn for more than 20 years before selling the business earlier this year. He has also been heavily involved in Tasmanian football including a role as past president of the South Launceston Football Club.