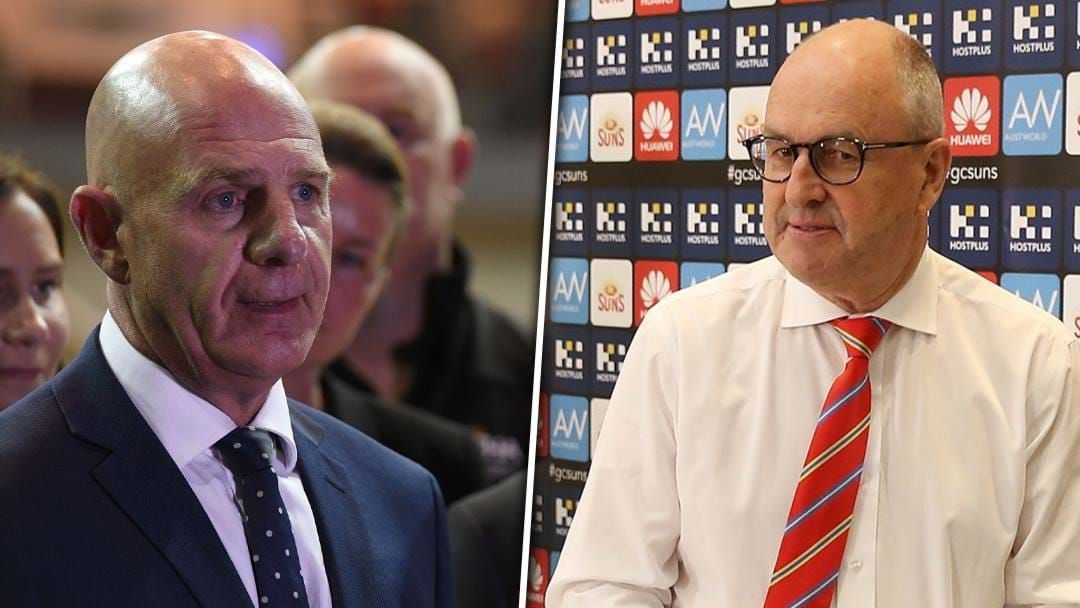 Tasmanian Premier, Peter Gutwein has urged locals to arrive in abundance when North Melbourne play Gold Coast at Blundstone Arena on Saturday, as proof to those who doubt the state's true passion.

Gutwein encourages Tasmanians to get behind this week’s AFL game, as state tenants North Melbourne do battle with the Suns.

The Premier aims to show doubters (mostly Suns chairman Tony Cochrane) the solidarity of local fans in an unofficial bid to the AFL as proof Tasmania is ready to establish its own football side.

“But I think like every other Australian that visits our shores I think he is turning.

“This weekend when he’s here at Blundstone, we as Tasmanians get the opportunity to show him first hand our passion for the game and that it has been an integral part of our state’s sporting history.

“Whilst I understand that the Suns aren’t the most successful team in the AFL, and while it is unusual for me to use this parliament as a place to drum up business for failing football clubs, I would make the point that we need to turn up on Saturday and demonstrate that we have a real passion for the game.”

Imploring Tasmanians to arrive and fill out the stadium, Gutwein even posed the potential for a goal kicking competition between himself and Cochrane. In an attempt to win over the rest of the nation, Tasmania are willing to pull out all the stops in this buoyed campaign.

The message from Tasmanian politicians is clear, and well supported given the state has offered free entry to kids who arrive with an adult - boosting crowd numbers for Saturday's match in Hobart.

Cochrane is an outspoken leader of one of the AFL's most recent establishments, and has previously expressed his anguish towards more expansion opportunities.

“The AFL as an industry cannot afford a 19th franchise. I don’t care whether that’s a franchise in Timbuktu, Tailem Bend or Tasmania,” Mr Cochrane said.

The outlandish statement from Cochrane forced Gutwein to pinch back, in an ordeal that is seemingly escalating.

Mr Cochrane questioned an array of factors relating to the potential of a team in Tasmania; including population, fan base, finances, and even the state’s weather.

The feud between Gutwein and Cochrane is a small tell-tale in bigger expansion plans expected to be revealed by the AFL.