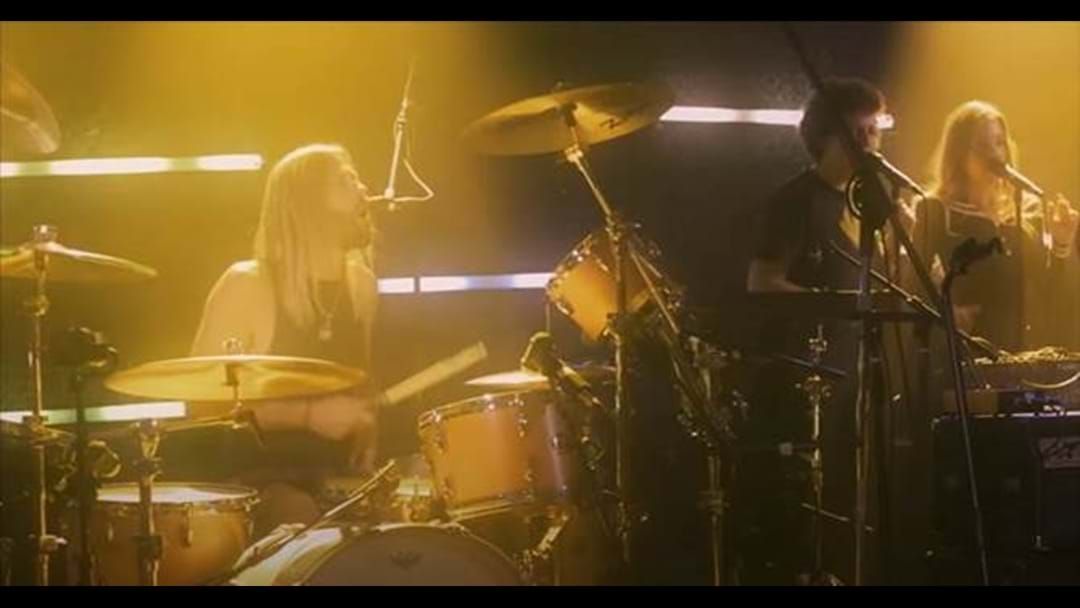 The new disco release is the Foo Fighters take on the Andy Gibb hit single Shadow Dancing, shaking it up with Fooies drummer Taylor Hawkins on lead vocals.

The funky track is part of the Foo Fighters Record Store Day release Hail Satin under the name Dee Gees, a tribute to the Aussie disco band Bee Gees.

Recorded at the Foo Fighters' Studio 606, the video gives us a straight up live performance from the band, with a touch of disco sprinkle to the footage.

Although a release from The Bee Gee's little brother Andy, Shadow Dancing was written with big Bee Gee Barry Gibb, who also lended his backing vocals to his little brothers hit single.

The Dee Gees record sold out on release, but you can stream Hail Satin and check out the ridiculously groovy merch store here