Hitting the notes and the balls 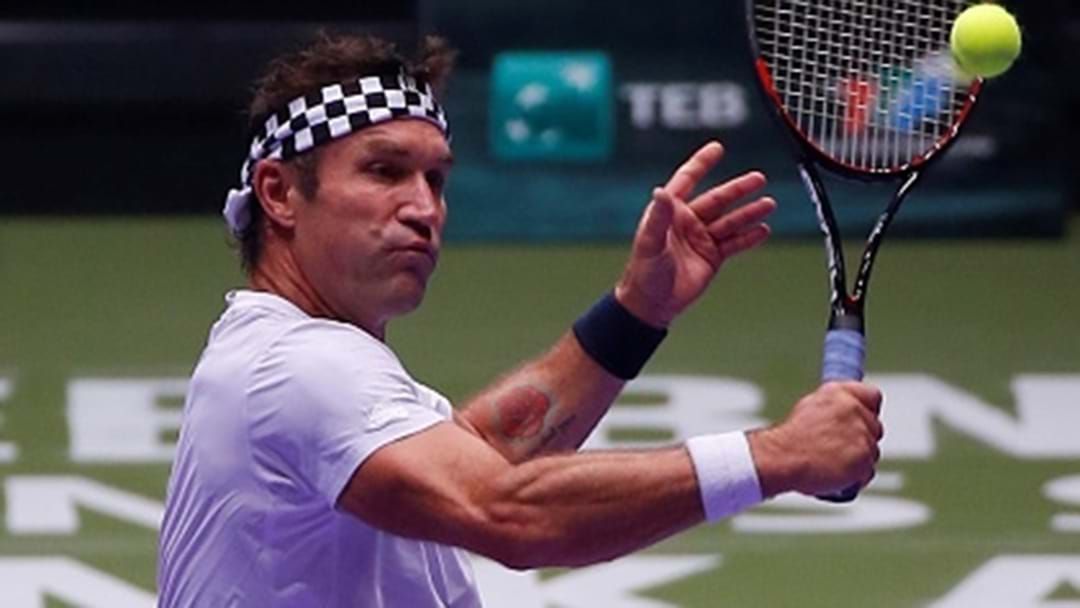 The champion sport star was snapped on stage at Sydney rock and roll bar Frankies playing guitar and singing with the house band on Sunday night.

This isn’t the first time the tennis star has played live on stage, he got up with rock legends INXS fronted by Jon Stevens when he was inducted into the Australian Tennis Hall of Fame 2003.

Cash has dubbed guitar being his biggest passion along side tennis and his family.