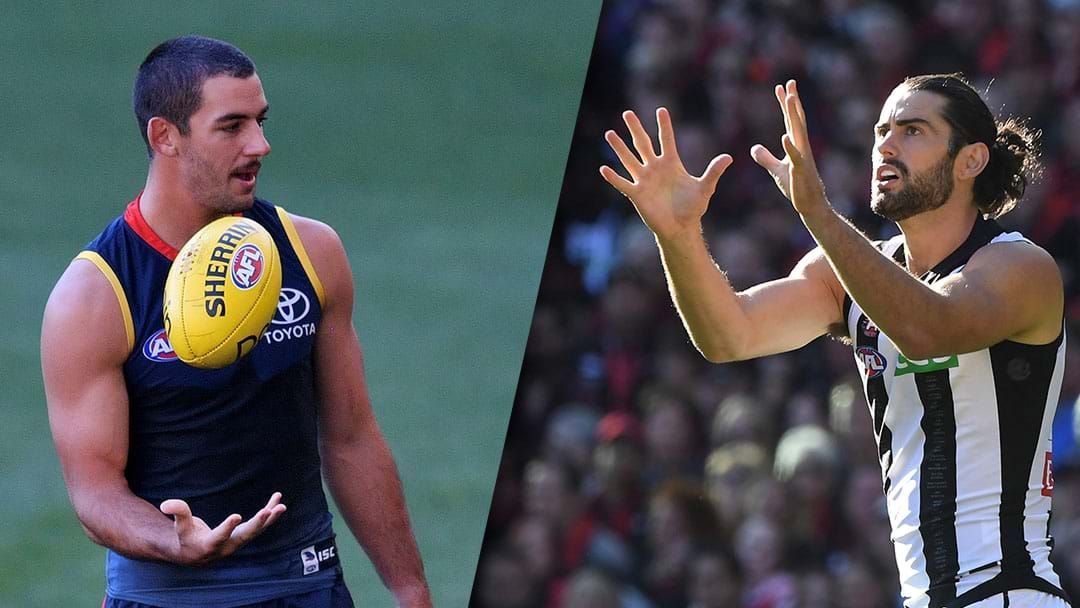 “Tom Browne said ‘I think as of tonight’. I think if I go and buy a lotto ticket I’m gonna win it!”

Tex steered clear of speculation while Grundy is still a Pie.

“He’s contracted with Collingwood,” he said.

The chat follows Tom Browne saying that Grundy has put off contract talks with Collingwood for the time being.

Tex also spoke to Roo and Ditts about winning the Showdown, the Dane Rampe incident and more.