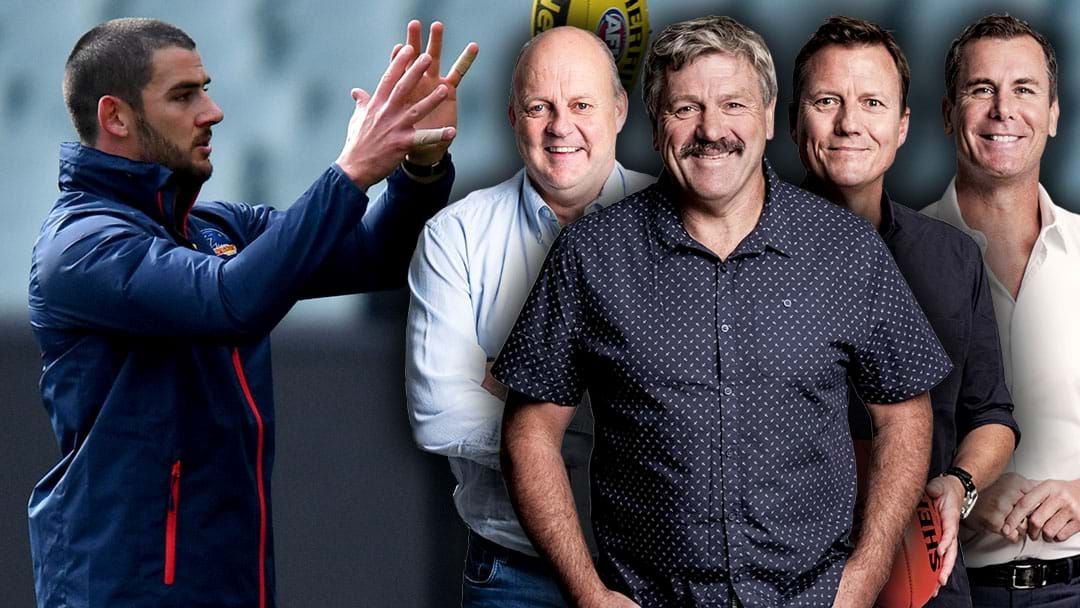 Adelaide co-captain Taylor Walker has had a crack a Triple M Footy’s Saturday Rub team after their criticism of the Crows’ handling of Bryce Gibbs and others.

“You know what I don’t understand? Why didn’t Damian Barrett watch the game?” Tex asked on Roo & Ditts For Breakfast.

“If you didn’t watch the game then don’t comment on it… Damian Barrett was saying ‘people told me this, people watched the game’, well watch it yourself if you’re gonna comment.”

Adelaide have had a dramatic comeback win against Melbourne and a commanding victory over GWS in the last two weeks and sit fifth on the ladder.